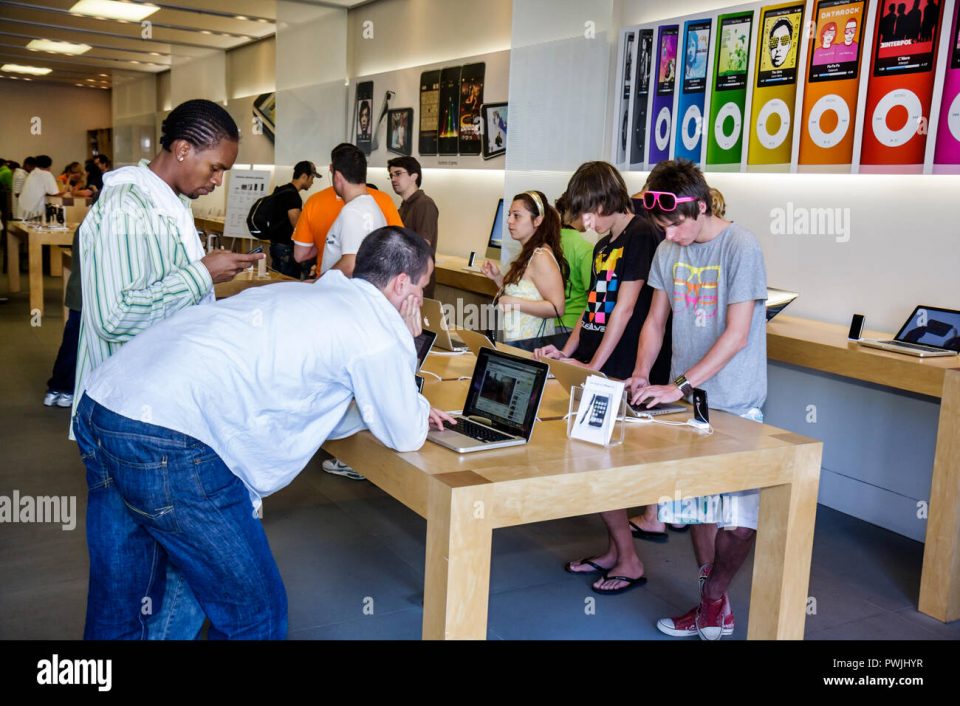 Amazon, Meta or Tesla have at times more than halved their stock market value in the tech crash of 2022. Apple is holding up far better than the competition, despite a bleak business outlook. The trick: the iPhone company is tying up its shareholders with share buybacks on an unprecedented scale.

US carmaker Tesla and Facebook affiliate Meta have each lost roughly two-thirds of their stock market value since the beginning of the year. The online department store Amazon has almost halved its market capitalization to 885 billion dollars, as has the streaming service Netflix. Google parent Alphabet has lost almost 40 percent of its value since the beginning of the year. The crash of technology stocks, sparked by rising interest rates in the U.S. and a dwindling appetite for risk in the stock market, counts many prominent victims. The stock market high-flyers of years past have fallen deep in 2022.

What about Apple?
The world’s most valuable company, which still boasts a valuation of more than $2 trillion, has tailed off just a few scrapes during the tech horror year that is ending in 2022. About a 22 percent drop in value since January 2022 – that’s also a lot of money in absolute terms, but Apple didn’t fare nearly as badly as its competitors.

At the same time, the outlook is not rosy for Apple either: the series of protests and production stoppages at supplier Foxconn in China have put a severe damper on production. This is also likely to have an impact on Christmas sales, the most important quarter of the year for Apple. Inflation and the threat of recession are also dampening customers’ desire to buy more high-priced Apple products. Especially since it is becoming increasingly difficult to surprise customers with technical innovations. And in the EU, pressure is growing on the company to open up its cash machine App Store to other providers.

How to protect your business from cyberattacks

The biggest threats to businesses come from cyberattacks. They are even ahead of the risks posed by a pandemic outbreak Apple’s business is not immune to the global crisis either. So why is Apple stock doing so much better than its competitors?

Despite the crisis, the Cupertino-based company is still highly profitable, like many of its competitors. But unlike its competitors, Apple uses its billions of dollars in free cash flow almost exclusively to shower its own shareholders with cash. Instead of increasing sales through company acquisitions and takeovers, Apple gives gifts to its shareholders. On a grand scale.

According to calculations by the business and financial agency Bloomberg, Apple has returned around 454 billion dollars to its shareholders in the form of share buybacks and dividends over the past five years. Investors benefit from buying back their own shares because a company’s profits are then spread over fewer shares – and earnings per share increase as a result. It is a share price maintenance program on an unprecedented scale.

Kroger Shares what America is Eating for the Holidays

A Canadian study that will make batteries last longer