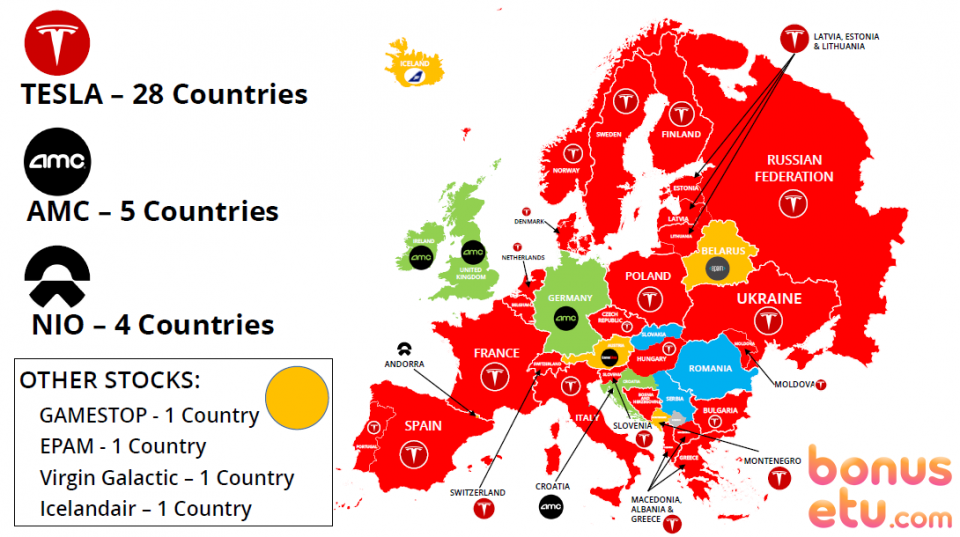 New research has revealed the company that each European country most wants to invest in, with Tesla coming out on top with a whopping 71% of the highest search traffic dedicated to the automotive and clean energy company.

The research conducted by Finnish casino review site Bonusetu.com analyzed Google Trend results for each European country to determine the most popular stock for each country.

The data shows that Tesla Inc (NASDAQ: TSLA) is the most searched stock in 28 European countries and claims the top spot on 71% of the top-searched search traffic.

Coming in second place as the most searched for stock in Europe is AMC Entertainment Holdings Inc (NYSE: AMC), which is the most popular Googled stock in five countries.

However, the low share price is not turning off retail investors, and AMC is the most searched for stock in the UK, Germany, Ireland, Croatia, and Liechtenstein. Investors may hope that AMC can regain its “meme stock” status and see more huge and unfounded spikes.

The impact of the cost-of-living crisis on eCommerce businesses