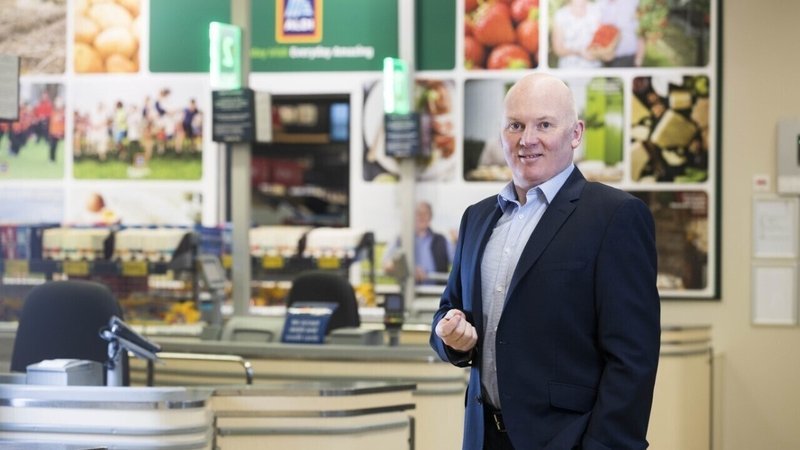 Aldi Ireland is pleased to announce the appointment of Niall O’Connor to the position of Group Managing Director (GMD) for Aldi Ireland.

Niall was appointed to the position in late 2019 and has spent the last number of months with colleagues across the global Aldi operation in preparation for his new position. Niall will assume overall responsibility for all of Aldi’s activities in Ireland, including its multi-million-euro store-opening programme and Irish Buying office.

Niall O’Connor has been a senior executive with Aldi in Ireland for almost 20 years and has held several roles across the business. A native of Cork, he was appointed Group Buying Director in 2010, leading Aldi’s Buying and Marketing teams, greatly developing and growing its Irish supply base.  Most recently, as Managing Director Mitchelstown Region, he was responsible for the operation of Aldi’s business across Munster and Connacht.

Welcoming the appointment, Giles Hurley, CEO Aldi UK & Ireland said: “Niall has made a huge contribution during his tenure at Aldi, developing our Irish buying team and leading our Mitchelstown Region store teams through dynamic growth. His appointment as Group Managing Director Ireland is a major step forward in positioning Aldi Ireland for further success in the years ahead.”

Niall will assume the role at a challenging time for both the country and the retail sector.  Among his first responsibilities O’Connor will lead a growing team of 4,000 staff through Aldi’s response to the Covid-19 pandemic. Aldi recently unveiled a 10% bonus payment for staff, shortened payment terms for suppliers, launched a recruitment drive for additional staff and introduced a series of social distancing measures to its stores in its ongoing response to Covid-19.

Commenting on his new role, Niall O’Connor, Group Managing Director Ireland said: “I am honoured to have the opportunity to lead the Aldi Ireland team and to contribute to our efforts nationwide, particularly as our teams work to help feed the nation.”

“Having worked for Aldi for the last 20 years, I know first-hand the dedication of our staff and suppliers across the country, but never more so than now have their efforts to continue to deliver outstanding quality food been in such focus. I look forward to working closely with Giles Hurley in supporting and leading the Aldi Ireland Team as we continue to serve communities both now and into the future.”

Aldi now operates 142 stores in Ireland with plans to open seven more this year. It is also investing €60m in revamping the layout and design of all its stores in Ireland, introducing its Project Fresh format. One of the most successful retailers in Ireland, Aldi has captured 11.6%* of the Irish grocery market since opening its first stores in Dublin and Cork in 1999.

All the best to our Prime Minister