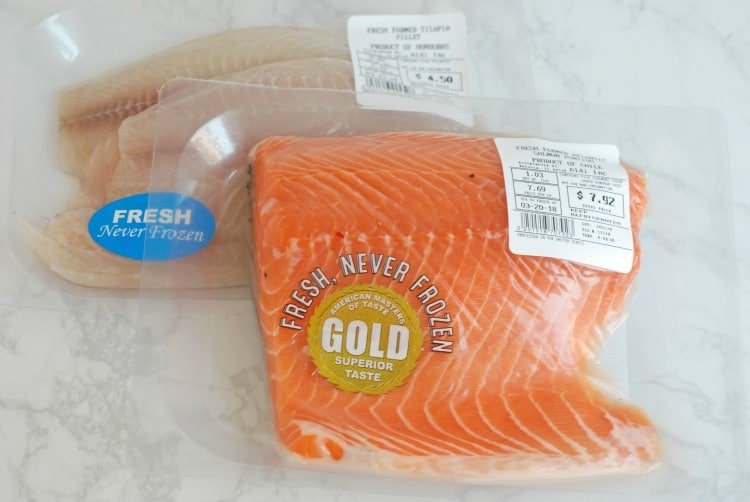 Aldi is launching a new range of seasonal fish in a bid to support the British fishing industry that has been hit hard by the closure of hospitality venues.

On sale from Thursday 13th May from just £1.49, the Specialbuy range features species mostly fished on the south coast of Britain that would normally have been sold to restaurants across the UK and Europe.

The fish is sourced from hundreds of independent fishermen working off the south coast who sell their catches at fish markets in Plymouth, Brixham and Newlyn, and is the result of Aldi extending its partnership with Plymouth-based supplier Sound Seafood.

Julie Ashfield, Managing Director of Buying at Aldi UK said: “At Aldi, we’re committed to supporting British food producers. With so many challenges facing the British fishing industry, we spoke to our suppliers to see what we could do to help. We’re delighted to be able to purchase this seasonal fish stock that might otherwise go to waste, and it’s great for customers too who’ll be able to enjoy restaurant quality seasonal fish at Aldi prices.”

Alison Pessell, Auctioneer at Plymouth Fish Market said: “This is a fantastic boost for our fishing community as it represents a real lifeline for our crews. In more normal times, much of the native fish caught off the South West coastline is destined for restaurants across the UK and Europe, so the fact that they’ve been closed for much of the past year has been devastating. We’ve worked hard to find other buyers for our fish, with some suppliers delivering boxes of fish directly to customers’ homes. The response has been fantastic, with consumers recognising the quality and variety of fish landed in our ports.

“Now Aldi has stepped in at a crucial time providing the opportunity to connect customers directly with British fish supplied from our coastal communities. This is a substantial new market opportunity. Aldi has recognised the efforts made every day by our fishermen and women in the UK and is able to now share restaurant quality fish with Aldi customers to enjoy at home.”

To help inspire shoppers on how to prepare the seasonal catches at home, Aldi has teamed up with renowned restaurateur, chef and food writer Mark Hix to create a series of delicious yet simple recipes.

Mark Hix said: “Our coastlines are teeming with wonderful, tasty native fish and I’ve been campaigning for years to encourage more people to try them. During lockdown I’ve seen a real shift towards eating seasonal and local food, with customers on my fish truck keen to know where their fish was caught. With this new range, Aldi is giving more people the chance to try these fantastic British fish at great value prices. And I’ll be sharing some simple seasonal recipes that cooks of all abilities can try at home.”

Aldi Specialbuys are limited-stock ranges that are launched in store and online every week and are available while stocks last. Specially Selected Dover Sole will be the first species in the range to go on sale from 13th May, with the other species to follow until 3rd June, and more hitting shelves between 1st and 22nd July.

Aldi is committed to championing British food producers, and earlier this year committed to spending an additional £3.5bn a year with British suppliers by 2025. Since the start of the pandemic the retailer has also supported British produce suppliers affected by the closure of the hospitality trade. Last month, Aldi launched a range of Specially Selected Forced Rhubarb after buying 1 million sticks from UK suppliers that would normally have been bought by restaurants.  Last year, the supermarket also bought additional volumes of British beef to support farmers faced with surplus product due to closures of restaurants and catering businesses, and also helped horticultural suppliers by increasing orders of Spring plants that would otherwise be disposed of because of the closure of their normal routes to market.

Ahold Delhaize and many partners start On Track, an innovative learning platform