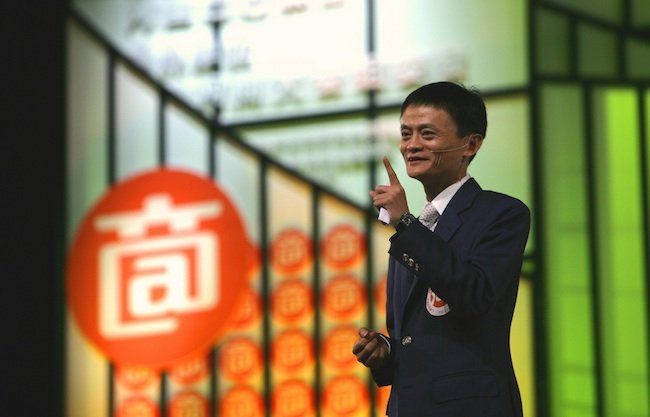 Alibaba: towards a new retail revolution?

The Asian giant Alibaba gathered the press in Paris to review the 14th edition of its Global Shopping Festival, also known as 11.11. Univers Habitat had the opportunity to discuss with Paul de Billy, co-general manager of Alibaba France, about the group’s strategies and its intentions on the French market.

It was Alibaba’s first press event in France for several years, and the company had gathered for the occasion 3 experts – Nicolas Cano (TMALL Fashion & Luxury), Dean H. Diabate (Tmail Global) and Clémence Jarry (WITH Paris) – and a Chinese influencer. The main objective was to review the 14th edition of its 11.11 Global Shopping Festival. Born in the 90s, it is now a highlight for Alibaba, which has appropriated it since 2009 to “raise awareness” of online commerce. During this “singles day”, companies deploy a multitude of offers up to 70% off, such as Black Friday, Prime Day and Cyber Monday. The 11.11 Global Shopping Festival, which generates 5 times more turnover than the latter, brought together more than 290,000 brands worldwide this year. “France is in the Top 5 of the most dynamic countries. It’s a real success!” said Paul de Billy, co-CEO of Alibaba France.

“France is in the Top 5 of the most dynamic countries. It’s a success!” Paul de Billy
Eco-responsibility and immersive experiences
For this edition, the focus was on sustainable growth, CSR commitments and consumer expectations in terms of eco-responsibility. “Thanks to our technologies and innovations, everyone can have a more ecofriendly shopping behavior”, says Paul de Billy. The 11.11 Global Shopping Festival allows brands to test trends and ideas. “We offer them the opportunity to create immersion, to tell their story while being on the cutting edge of modernity. We generate a strong engagement between brands and consumers,” the CEO continued. Alibaba provides businesses with tools to understand their sales in real time and make appropriate choices. The executive also spoke about the group’s efforts in logistics and recycling to reduce its environmental footprint.

A global distribution in full swing
This meeting was also an opportunity to take stock of the new international retail. “China represents a huge opportunity for French brands. Chinese consumers have a strong appetite for French brands, for the ‘French touch’,” noted Paul de Billy. The co-CEO recalled that Alibaba gives access to nearly 1 billion consumers, and better understand the habits of Chinese consumers. Paul de Billy took the opportunity to remind the key missions of the group in France.

Strengthening activity in France
Alibaba is also developing AliExpress, which allows consumers to buy products, with pick-up or delivery solutions. “We are in the Top 10 of e-commerce platforms in France. Its vocation is to help people find atypical products offering the best value for money,” summarized the co-director of Alibaba France.
If the group has great ambitions, it also wants to be humble and modest, and still remains rather discreet about its concrete strategies. “Yes, Alibaba wants to become better known in France, both by consumers and by French brands,” he said. Without letting it be known, Alibaba intends to continue its conquest of the French market…

A Grim Picture of British economy 2023