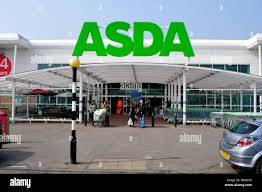 Other companies try to protect staff from cost of living crisis, Asda seems content to hang them out to stand back and watch workers struggle

Asda is once again the worst paying of the ‘big four’ supermarkets after Tesco bumped up wages today. [1]

Basic pay for Asda retail workers remains at £10.10 per hour.

Tesco, Sainsbury’s and Aldi have all increased wages recently to help workers cope with the cost of living crisis. [2]

Meanwhile, Asda has cancelled a driver premium payment which was meant to last until December, leaving Asda delivery drivers at an industry low.

“It should be a source of massive shame for Asda they are now the worst paying of the big four.

“Only last week Asda refused a meeting with GMB representatives to discuss the important issue of pay.

“While other companies are trying to protect hard-working employees from the cost of living crisis, Asda seems happy to sit back while its workers struggle.

“It’s time for Asda’s new owners to focus on investing in staff, instead of further debt leveraging Asda to expand their empire.”