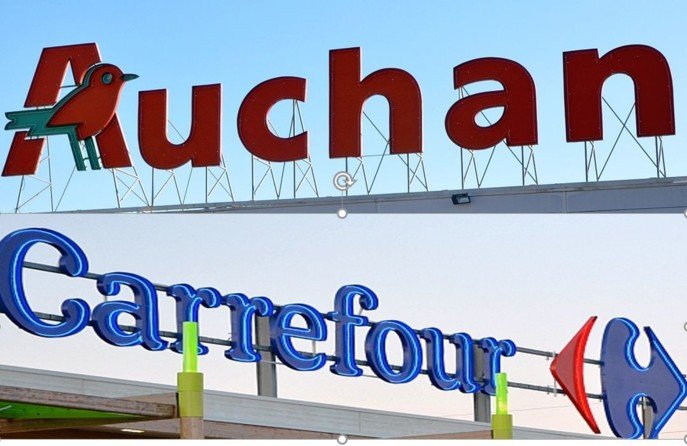 The alliance between the two Retail Giants  is still relevant according to close sources. Auchan’s owners would still like to buy back the shares of Carrefour’s original shareholders.

Negotiations are not over between Auchan and Carrefour. A few days ago, a possible merger between the two large-scale retailers seemed impossible. According to information from BFMTV, the discussions are continuing but differently: “There are no more discussions between the management of the two groups but contacts are maintained between the shareholder families,” said a source close to the two groups on Monday December 13. The Moulin, Carrefour’s first shareholders, are facing the Mulliez, owners of Auchan.

By the end of October, the two families had attempted a first approach, without success. The Mulliezes had notably proposed to buy back shares in the Moulin family for 15 billion euros, including 30% of the payment in Auchan shares. An offer quickly refused since these securities are not listed on the stock market. The first Carrefour shareholder would nevertheless not be closed to the idea of ​​selling his shares, but under certain conditions: “The Mills are sellers of their shares but they want cash,” said a source familiar with the matter to our colleagues at BFMTV.

Although negotiations are in slow motion, the “door remains open” according to several relatives of the Mulliez family. Alexandre Bompard, CEO of Carrefour, is also open to an alliance that seems inevitable between the two brands. In addition, Auchan is the only possible ally against the three independent brands Intermarché, Leclerc and Système U. But the version given by close sources is far from being the same as that of the main stakeholders. The Moulin family would continue to claim that the “talks are over” with the Auchan owners. They do not have the money to put in more cash than they already offered in the stealthy October negotiation.

However, Auchan’s owners have not said their last word. According to information from our colleagues, the Mulliez family has planned another relief solution: to ally with a financial partner and then buy back the shares of Carrefour. “The family has no other choice but to seek several billion euros from investors,” said one of the relatives. This alliance would allow them to collect the 30% of missing cash. Then the investor would be a minority shareholder alongside the Mulliez. But this possibility is not validated by all members of the family. The possible alliance between Carrefour and Auchan is far from being realized.