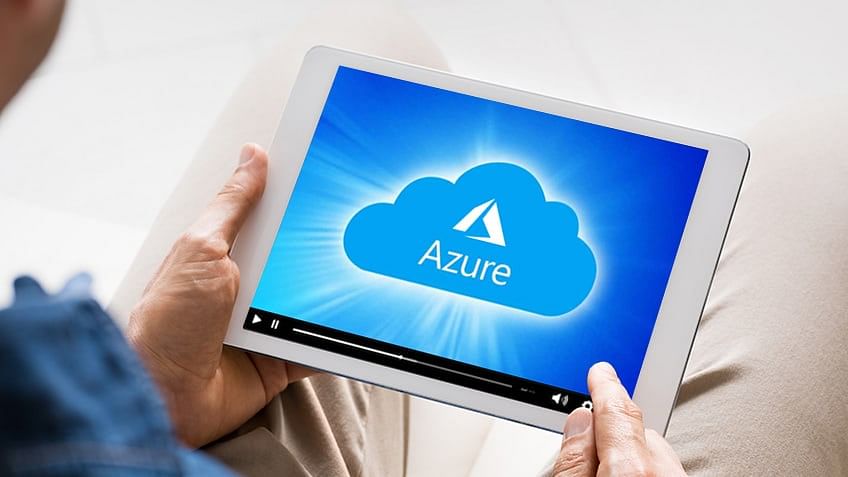 Behind AWS, Google and Microsoft are vying for second place in the global cloud market. And while the Alphabet subsidiary is currently relegated several lengths behind Microsoft, it believes that analysts are wrong.

In the ultra-competitive cloud market, the battle of numbers is raging. In this little game, Google does not seem to be satisfied with the calculations of analysts regarding one of its rivals. The search giant got out its calculator based on a presentation unveiled by Business Insider, with a lot of financial data about Azure, the Microsoft cloud platform.
After its own calculations, Google concludes that it has generated less than $29 billion in the last fiscal year (ended June 30), reveals CNBC. A figure well below Wall Street estimates. For example, Bank of America expected $ 37.5 billion, while the investment bank Cowen expected $ 33.9 billion in revenue, and UBS 32.5 billion.

Heavy operating losses in 2022, according to Google

In detail, Google’s estimate results in an operating loss of nearly $3 billion for Azure at the end of fiscal year 2022, compared to more than $5 billion the year before. The U.S. giant also claims that Azure’s sales and marketing costs approached $10 billion, or 34% of its revenue. At the same time, Microsoft had said that these costs were only 11% of the revenue of its cloud platform in the same period.

For Derrick Wood, an analyst at Cowen, Google is way off base. “There’s no way it’s that big a loss,” he told CNBC. According to his research, Azure has an operating margin of more than 30 percent, which Google says is negative (-10 percent). This estimate is no coincidence, as the operating margin of the Alphabet subsidiary’s cloud arm came out at a similar level after the third quarter, when Amazon Web Services (AWS), the global leader, was at 26 percent.

According to Gartner data, AWS controls 39 percent of the global market, ahead of Microsoft (21 percent), Alibaba (9.5 percent) and Google (7.1 percent). But if the Mountain View firm’s internal estimate turns out to be accurate, that means it’s not far behind the second place in the market, currently occupied by Microsoft. It’s hard to tell the real from the fake when the US giants don’t give precise information about the performance of their cloud systems.