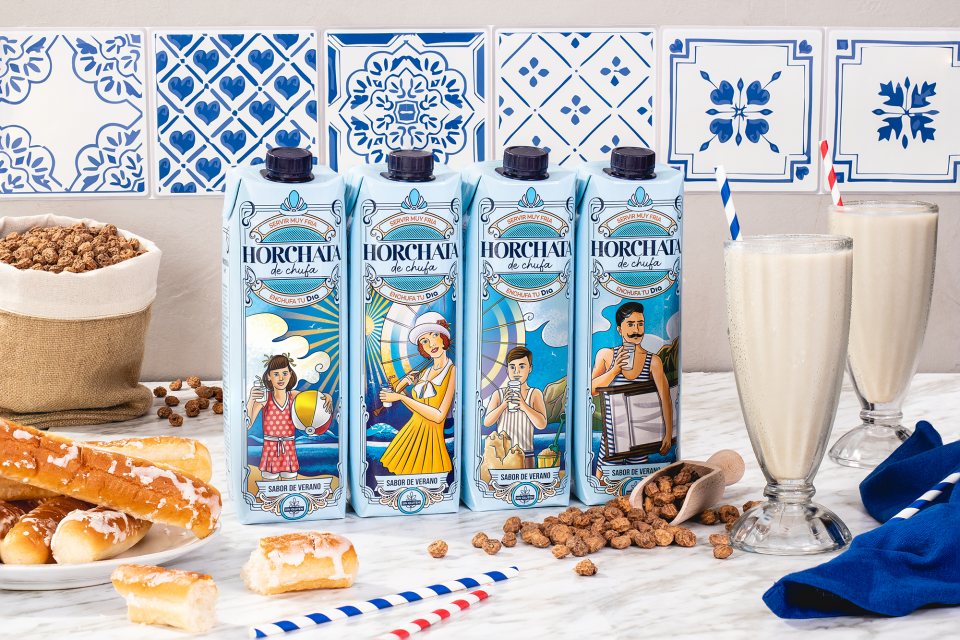 The company has updated the recipe and packaging behind the region of Valencia’s most typical soft drink.

DIA’s horchata is made using the techniques employed by master horchata makers.

DIA continues to move forward with its New Quality project.

Valencia, 18 June 2021. DIA continues to make progress on its own-brand transformation with the launch of new products, such as the tiger nut based soft drink horchata. The company has tweaked the traditional recipe to achieve a high quality product with packaging that is true to the Mediterranean style.

“At DIA we are immersed in the process of renewing our own brand so as to offer New Quality products in terms of texture, flavour and the amount of raw materials used. José Manuel Blanco, sales director of fresh produce at DIA Spain, states “We have researched the ideal horchata formula and have found a supplier that offers us a traditional, very high quality product”.

The new recipe uses the techniques employed by traditional master horchata makers in Valencia. After a meticulous selection of the raw materials in a factory on the shores of the Mediterranean, the third generation of a family of horchata makers extracts the fat in the same traditional way as for fresh drinks, meaning that DIA’s tiger nut horchata contains 2.5% fat, giving it an intense flavour.

As well as improving the drink’s formula, the company has also designed some new packaging inspired by the classic ceramic tiles from Manises (Valencia) in shades of blue that conjure up images of the Mediterranean sea. There are four different designs that together make a puzzle depicting a family on the Levantine coast.

Just as Valencian tradition states, a glass of horchata must always be accompanied by fartons, which are finger-shaped, sweet cakes. When these light, spongy cakes are dipped in the horchata, they absorb the flavour of the Valencian tiger nuts, making for an irresistible snack.

The fartons prepared in the DIA bakery are available in stores in the region of Valencia in packs of 5.

X5 to expand footprint in Urals and Southern Russia