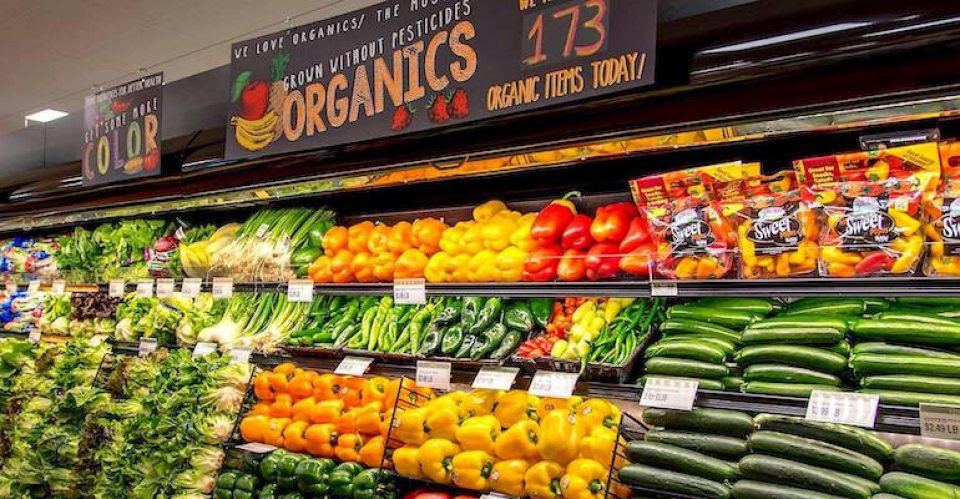 In one year, the consumer prices have grown of 6 %, estimated the Insee at the end of October. Confronted with this inflation, “consumers are reacting by changing their food purchases”, with in particular a progression of the demand towards the first prices, analyse the associations. And the organic sector suffers, with a drop in sales of about 7 to 10% in one year. “The sector has an unfair reputation of systematically more expensive products, explains to Reporterre the president of the Fnab, Philippe Camburet. In reality, the prices of conventional food products have increased more than those of organic, because they are more dependent on energy and nitrogen products [fertilizers].” Other issue: the development of a multitude of labels such as “High Environmental Value” or “zero pesticides”, “which appropriate the codes of the organic label while they are far from offering the same level of requirement, and create confusion among consumers,” he believes.

Worse, the “dislike” for the organic would be supported by the disengagement of the mass distribution. In fall of 7,3 % between January and September, the proposals of organic assortments in big distribution continue their decline ” at a very fast rhythm “, estimate the three associations. For the profession, this phenomenon is “very worrying, because it may fuel the decline in demand. The less organic products are promoted, the less consumers are encouraged to buy them. An analysis that the Federation of Commerce and Distribution (FCD) disputes. It argues that organic products have a place of choice in their shelves: “The supply of organic products in supermarkets is much higher than the share of organic in the turnover of the brands. For example, in October, the organic weighed 8.2% in the offer of the signs, against 4.6% of their sales, “says the Federation to Reporterre.

0 euro for communication in the budget 2023

Faced with food giants that flood screens with expensive advertising spots, the sector is concerned that it is “not fighting on equal terms”. A year ago, the government undertook to revitalize the sector by releasing 500,000 euros to communicate on “bioreflexes”. A campaign that has borne fruit, but has remained very insufficient, says Philippe Camburet. Unfortunately, the 2023 finance bill does not envisage continuing the campaign. A significant loss for the Fnab, which claims in a statement to the Ministries of Agriculture, Ecological Transition and Health, to supplement in the PLF 2023 the budget of the Organic Agency to the tune of 500,000 euros each to allow the continuation of the campaign #Bioréflexe. “It is an agricultural issue of course, but also protection of biodiversity, water quality and the fight against global warming. It is also a health issue for the French. The Ministry of Health must take clear directions in terms of prevention,” explains Philippe Camburet.

Questioned in early November by Nupes MP Mickaël Bourloux on the support to be given to organic farming, the government defended its record. “After a period of sustained growth, the organic sector is structurally entering a new stage of its development. He believes that the sector must consider “new growth relays”. He also recalls that the organic sector will be provided with 340 million euros annually as part of the conversion aid provided by the Common Agricultural Policy, that the tax credit will be increased from 3,500 to 4,500 euros from January 1, 2023 and that a new plan for structuring the organic sector has been increased to 13 million euros. In addition, the next Ambition bio 2027 program should be developed soon “to achieve the goal of 18% of SAU [useful agricultural area] organic by 2027,” promised the Ministry of Ecological Transition in its response to the MP.

In June, a report by the Court of Auditors pinned the government’s record, however, whose objectives for 2022 of 15% of agricultural land in organic farming have not been achieved (only 13.4%). According to the report’s conclusions, financial support “is not up to the task, with under-sized conversion aid and maintenance aid abolished”. It also noted that support for innovation in the agri-food industry is “less developed than in the conventional sector” and regretted this “discrepancy”, which cannot be resolved without a major shift in French agricultural policy.

we have a small favor to ask you. Every month, more than one million people trust the work of Reporterre’s journalists to keep them informed about the ecological emergency. In 2021, more than 27,000 of these readers financed the newspaper through donations. This support allows Reporterre to remain free access, without any advertising, and totally independent. Unlike many other media, Reporterre has no shareholders or billionaire owners. The newspaper is non-profit and free of commercial or political influence.

We are convinced that the ecological devastation is the main issue of this century. As such, we believe that this subject should be brought to the forefront of public debate every day. The articles, reports and investigations that you can read on the site are vital for democracy, for ecological awareness, and for demanding better from our leaders.

All our articles are freely available to all. We do this because we believe in equal access to information. This way, more people can follow the news on ecology, understand the impact of the current disaster on the population, and act. Everyone can benefit from access to quality information, regardless of their ability to pay for it.

If there is ever a time to support us, it is now. Every contribution, big or small, strengthens our ability to put ecology at the heart of the media and political agenda, and ensures our future. Even with 1€, you can support Reporterre – and it only takes a minute. If you can, support the newspaper with a monthly donation. Thank you for your support.

TOP 10 food Retailers in the World