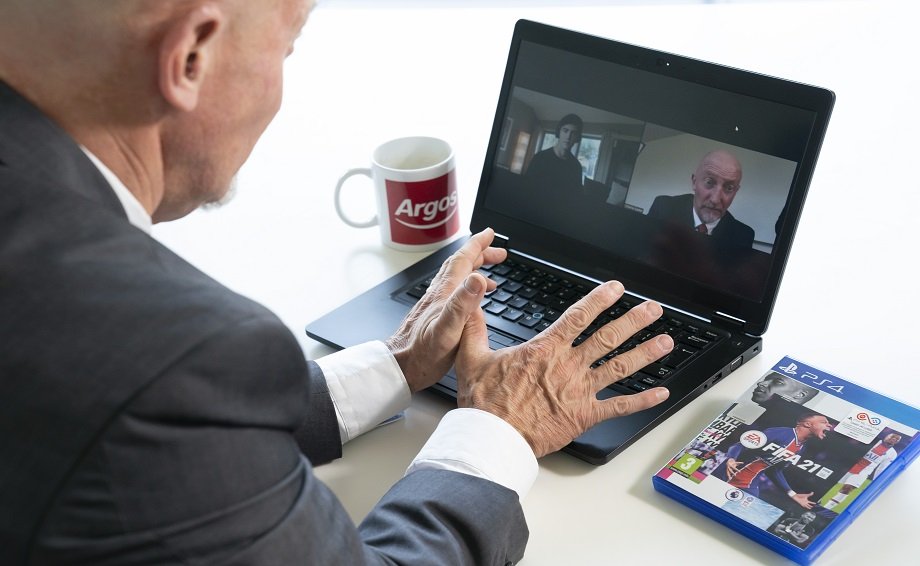 To celebrate the launch of FIFA 21, Argos is offering customers the chance to receive a one-on-one team talk with legendary ex-Premier League manager Ian Holloway

To celebrate the launch of FIFA 21, Argos is offering its customers the chance to win a one-to-one team talk from ex-football player and legendary manager Ian Holloway, aka West Country “Ollie”, to help coach them through the game’s Career Mode.

Ian Holloway has starred in a short video to promote the Argos competition (see here), which sees the manager suiting up to take to the stands in his kitchen, delivering an inspirational virtual team talk to an aspiring FIFA player. Known for his straight-talking manner, Ian will be on hand for a direct approach to management, tapping into the wealth of experience he gained by coaching numerous Premier League and Football League clubs.

Research reveals that almost three quarters (71 per cent) of gaming Brits admit that playing FIFA with friends is now the highlight of their social calendar, beating the pub (23 per cent) and going for a kick about at the park with their mates (22 per cent), with the average player spending up to 11.5 hours of the working week tweaking and improving their team.

To perfect their virtual team and skills, the majority (83 per cent) of players say that improving their performance as a FIFA tactician is important to them. In fact, almost two in five (38 per cent) look to real-life football managers and players for advice to help them improve their performance, whilst friends (49 per cent) and YouTubers (43 per cent) also ranked very high on the list for sources of FIFA inspiration.

FIFA players are known for their infamous forfeits, a type of “virtual apology” or dare which is dished out to losing opponents when they concede a certain number of goals to their friend or the opposition. With over a quarter (27 per cent) of respondents admitting to being involved with infamous FIFA forfeits, the top ten are listed below:

Emotions continue to run high on the game, with a third (33 per cent) stating that they’re so invested, that losing a match on FIFA would ruin their day. That said, the study also shows that FIFA fans find the game more valuable than just a way to blow off steam, with over half (56 per cent) revealing that playing FIFA gives them a chance to have meaningful conversations with family and friends; the poll showed that during their virtual kickabouts, players also talk about family life (32 per cent), relationship advice (24 per cent) and mental health (20 per cent).

To be in with a chance of scoring a team talk from Ian Holloway, fans must simply purchase FIFA 21 from Argos before 23:59 on Tuesday 27th October 2020 and enter their details here. Winners must be able to show proof of purchase to get the exclusive one-to-one talk. Customers who have already purchased the game from Argos are also eligible for the competition provided they have proof of purchase.

Ian Holloway commented: “Every year, I’m even more impressed by the way FIFA is able to respond to the beautiful game we all know and love. It’s now time to take a look at these teams and give these FIFA players a little one-to-one session. Whether it’s talking tactics, transfers, formations or the game itself, we’ll have these players shipshape in no time.”

Peter Wray, Senior Gaming Buyer at Argos, said: “We wanted to celebrate the launch of FIFA 21 with a brilliant one-off opportunity for fans to get close to a respected manager in the game, experiencing a team-talk like no other. It’s been a tough year, so offering Ian’s expert advice will hopefully make FIFA fans’ winters that little bit better.”

Product sampling is alive and well – and driven by local shops