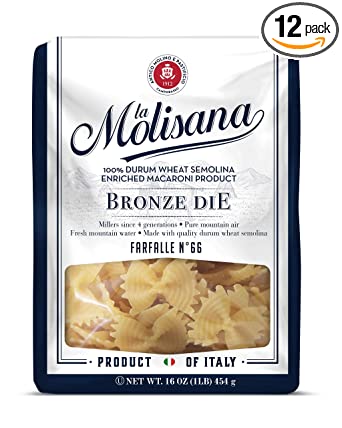 THE REVENGE OF THE FLOUR

Latest news coming out of Rovigo, Northern Italy shows Italian TV and newspapers heralding the ‘Revenge of the Flour’ with traditional mills recording a year on year doubling of production compared with February, March and April last year.

The forced imprisonment of families in Italian households has caused an extraordinary return to favour of home baking. Flour has become massively popular – a humble and indispensable food, which suddenly, became a rare commodity on Italian supermarket shelves. The entire population has thrown themselves into preparing their own bread, pizzas, cakes and even pasta.  This is forcing manufacturers into overdrive with mills operating 24 hours a day to satisfy consumer demand which has increased by 30-40%, and in some cases even more.

Rovigo sits in the centre of northern Italy’s milling heartland and people there refer to the job of miller as the second oldest job in the history of the world. Rovigo is also home to one of Italy’s largest mills, Grandi Molini Italiani, who are represented in the UK by Yorkshire firm, Eurostar Commodities. Daniele Ruggin, Director, Grandi Molini Italiani, said; “The flour continues to come out of our plants regularly. What happened is that it disappeared from the shop’s shelves, because suddenly everyone in Italy (and beyond) put themselves into the kitchen. We have had to double production.”

Philip Bull, Managing Director, Eurostar Commodities agrees; “We have had an unprecedented rise in demand for flour of all types. The lockdown has led to a sophistication in the UK market where people are requesting specific flour for the specific products that they are making. In particular the high quality Italian ‘00’ flour that we import from Grandi Molini Italiani has been flying out the door. We’ve opened an online shop where regular home bakers are now using products which we would only have supplied to high end pizzerias and chefs before. People are sending us photographs of artisan breads that they’ve made in their own homes. But the rise is across all flour and yeast products, and with gluten free baking also standing out as very popular.”

Manufacturers estimate that for domestic flour Italian families buy 10 packs (1.5kg packs) per year. This has switched to 10 packs per month since February. This increase in consumption has led to an increase in the production chain and welcome increased work for those employed in the sector. Flour is transported in 30-ton tankers to customers who then work it industrially, packing into 30,000 packages. Flour exports are subject to rigorous standards checks during shipping. The task requires dedicated lines, staff, packaging material, and tight controls.

COVID-19 collaboration group reveals retail challenges for the months ahead