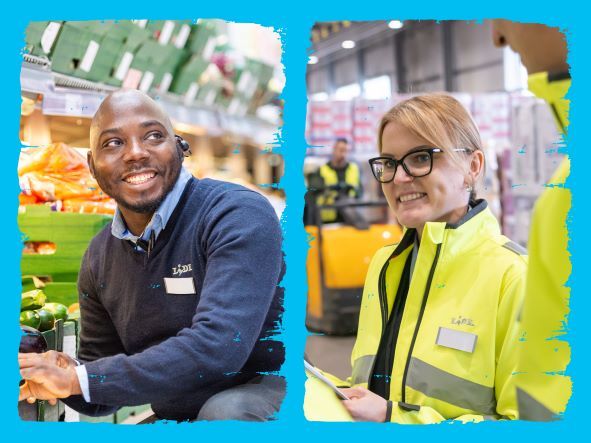 22 September 2022: Lidl GB has today announced plans to increase the hourly pay rate of all store and warehouse colleagues next week, representing a £39.5 million investment by the discounter, and a combined total of £50 million into hourly pay rates this year.

The raise represents an increase of between 10-14.5% since this time last year and means that 40% of hourly paid colleagues will be earning £12.00 an hour as a result of their length of service.

This is the second increase to pay rates that Lidl has introduced this year and is in recognition of the ongoing hard work and dedication of store and warehouse colleagues, particularly as the cost-of-living crisis continues. It also follows a long track record of annual pay rate increases by the supermarket, with over £83.5 million invested into hourly pay across the past six years.

Ryan McDonnell, CEO, Lidl GB comments “We have introduced these rate increases to reflect the key role and tireless efforts of our incredible colleagues working in our 935 stores and 13 warehouses. The role that we as a discounter play in giving households access to good, affordable food cannot be underestimated, now more than ever. But the ongoing commitment and dedication of our colleagues in making it all possible for our customers cannot be underestimated either – our business simply would not run without them.”

The new rates of pay are part of an already competitive package offered to colleagues which includes enhanced holiday entitlement, ongoing development opportunities and a 10% discount in our stores. Lidl also offers extensive training programmes, available for in-store and warehouse colleagues with opportunities to progress careers.