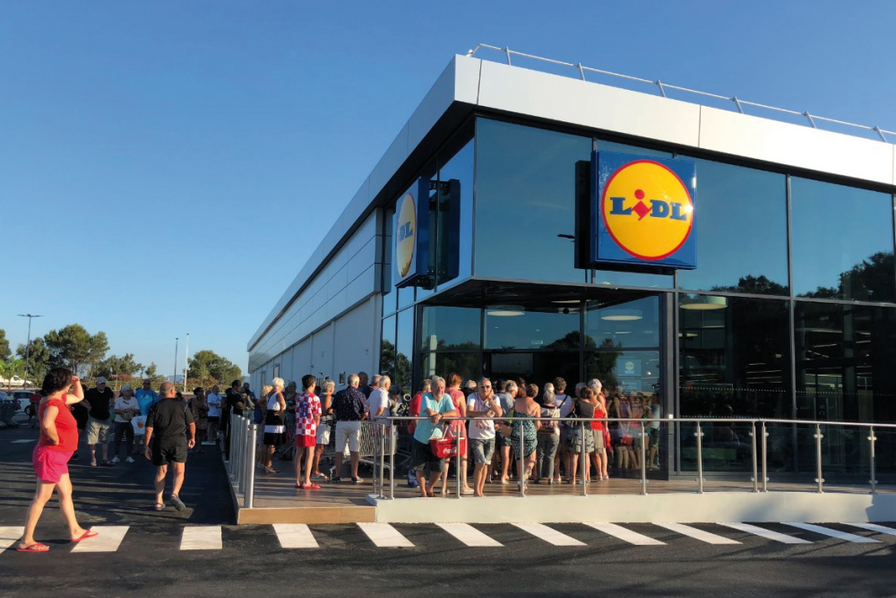 A Lidl store opposite Ateliers Gaité and E.Leclerc

Work is underway. This new store will be located at 53-55 avenue du Maine, in the 14th district, in Montparnasse,

The hard discount chain Lidl is preparing to open a store in the Montparnasse district of Paris at the beginning of 2023.

A Lidl store opposite Ateliers Gaité and E.Leclerc

Work is underway. The new store will be located at 53-55 avenue du Maine, in the 14th arrondissement, in Montparnasse, almost opposite the recently inaugurated Ateliers Gaité, where the second E. Leclerc supermarket in the capital.

This new Lidl store succeeds an A2pas from Auchan. It will welcome customers on a surface of 1500 m² and on two floors, which will be a great first for Lidl. The chain is already present in the 14th arrondissement at 210 avenue du Maine and boulevard Labrouste.

According to LSA, Lidl will have opened a total of 15 stores in France by 2022, with a target of 1,800 by 2030. Last summer, it opened its largest store in France just outside Paris. This giant store is located in Nanterre (Hauts-de-Seine) in the university district, a stone’s throw from the RER A station.

Food export. Algeria will participate to many international food trade shows in 2023