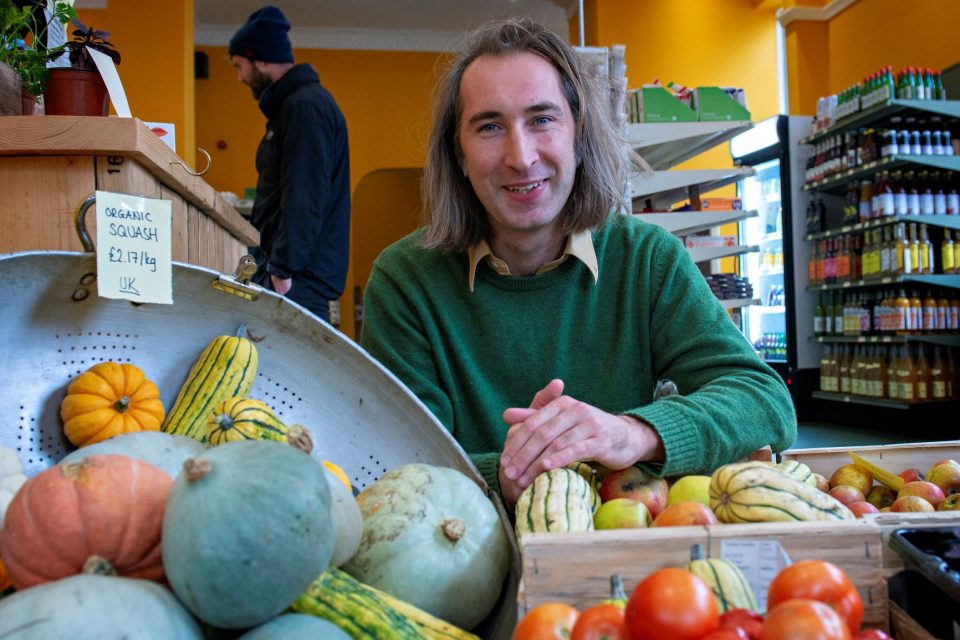 Scotland’s first social enterprise supermarket, Locavore, has secured £850,000 in funding to support ambitious growth plans as it looks to capitalise on increased demand for local, organic and zero waste food and goods.

Based in Glasgow, Locavore aims to build a more sustainable local food system which is better for the local economy, the environment and its surrounding communities. Since opening in 2011, the social enterprise has opened three shops in Glasgow, developed market gardens, established a veg box scheme and got lots of people more engaged in thinking about issues around food, where it comes from, and the fairness and sustainability of mainstream supply chains.

During a typical month, Locavore serves 15,000 customers in its shops and delivers 7000 veg boxes across central Scotland. With a turnover of around £4.3 million, it now employs almost 90 people.

The £850,000 funding package includes a mix of loan and grant funding from responsible provider Social Investment Scotland (SIS). This new investment will help Locavore achieve its ambitious plans over the next two years to build a network of 10 shops, increase its capacity to deliver 22,500 veg boxes per month; and build the infrastructure required to make this work in an efficient and sustainable way, with a commitment to becoming a carbon negative business.

Successfully delivering this plan will see the social enterprise increase its headcount to 180, creating 90 new jobs in the process, and increasing its turnover to around £10m.

The funding package will be used by Locavore to scale up their activities by: opening three new shops in three new locations in Scotland; taking on a new warehouse site which will act as a regional distribution hub and increase its capacity to deliver veg boxes across central Scotland; purchasing and setting up a new organic market garden.

While many retail markets were adversely impacted by changing restrictions during the pandemic, the fresh food sector was one to have benefited from consistently high consumer demand. Locavore was no exception, going from delivering almost 1,500 boxes per week at the beginning of March 2020 to almost 2,000 by the end of the same month. Currently operating at capacity, there is a waiting list in excess of 1,000.

Reuben Chesters, Managing Director, Locavore, commented: “This latest investment from SIS will help Locavore achieve its ambitions of becoming a leader on many new fronts, putting us in a position from where we can easily scale further and faster than we have ever done before. Within Scotland we’ll be one of the biggest retailers, wholesalers and veg box schemes of our kind with an important position to play in development of the organic market. We’ll also be a model for how to do business properly, a leading social enterprise and a more prominent and influential voice calling for a fairer and more sustainable society.”

Alastair Davis, chief executive of SIS said: “Having supported Locavore for a number of years, we are delighted to continue building this relationship with one of Scotland’s leading social retailers. Locavore is a real success story and proof of how a social enterprise can be run successfully whilst being ethical and delivering high levels of social impact. Through its ambitious growth plan, Locavore will open up new markets beyond Glasgow and move to the next level in its growth journey. We’re excited to be supporting Reuben and his team on this new phase of growth.”

SIS is celebrating its 20th anniversary this year. Established in 2001, SIS has since invested over £100m of loan finance in helping community enterprises and social businesses have a positive impact on people’s lives, society and the environment. Over the past year, SIS has taken an active role in leading the support for Scotland’s third sector and social enterprises during the pandemic, providing more than 800 support interventions for people and organisations from the third sector, supporting Scotland’s responsible lenders through the £15m Scottish Community Lenders Fund programme. SIS has also continued its support for social enterprise retailers through the SIS Retail Academy, providing ambitious social entrepreneurs with mentoring and advice from some of the UK’s leading retail experts.