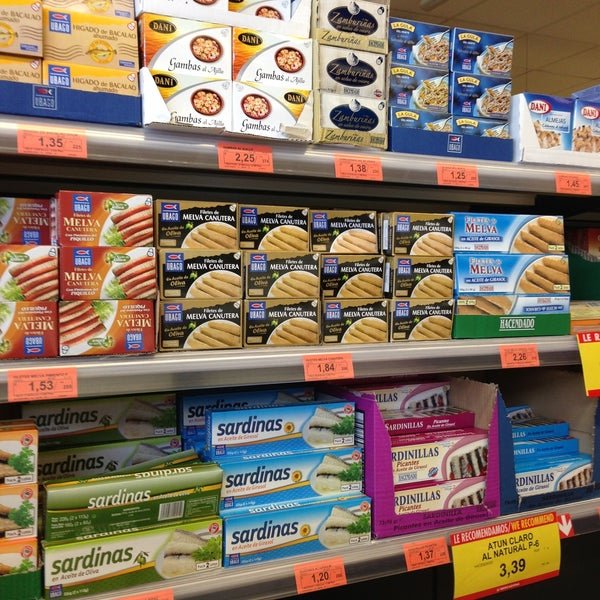 Mercadona, true to its motto, “Yes to continuing to take care of the Planet”, and in addition to strengthening its now consolidated systems for reusing and recycling commercial packaging, has also been developing its Strategy 6.25 to reduce plastic and correctly manage its waste.

The strategy consists of six specific actions to achieve a triple objective by 2025: reduce the plastic in its packaging by 25%, make all of its plastic packaging recyclable, and recycle all waste.

With this goal in mind, the company has already eliminated single-use plastic bags from all sections, replacing them with plant-based compostable bags (3,200 Tn/year), and it has also eliminated disposable single-use plastic products, which it has replaced with sustainable household items made from more environmentally friendly materials (3,000 Tn/year). Mercadona and its suppliers are also working to make packaging easier to recycle, for example, its range of fruit pouches are now with recyclable monomaterial packaging; or its Patatas bravas, where the black base of the container has been replaced by a transparent one that facilitates optical detection at the selection plant, once deposited in the yellow container, a step prior to recycling.

Mercadona is adopting different strategies to reduce plastic in the packaging of its own brand, such as eliminating plastic that does not add value and replacing it with other materials (as long as this does not affect food quality or safety), reducing, reusing and incorporating recyclable materials to use fewer virgin materials and drive the circular economy.

The company is also continuing to improve the information it provides about recycling on its packaging (pictograms), with the aim of helping its customers separate waste correctly for recycling, both in store and at home.

The company is implementing these more sustainable and innovative options in its bid to drive the circular economy and the reuse of materials and resources. Recent examples include its extra virgin olive oil spray which no longer has a plastic sleeve (-65 Tn/year) and its complete range of double pizzas which now use 23% less plastic in their packaging (-170 Tn/year). It has also replaced plastic with other materials in other products, for example, its Thai Chilli sauce now comes in glass rather than plastic packaging (-33 Tn/year), as does its chocolate and hazelnut spread (-97 Tn/year) and mayonnaise (-774 Tn/year), and, likewise, its car air fresheners are now made from cardboard instead of plastic (-27 Tn/year).

Another strategy that the company has implemented in order to reduce its use of virgin plastic is the inclusion of recycled materials in its packaging, which gives raw materials a second life. For example, its kitchen roll and toilet paper are now made from 33% recycled plastic (-174 Tn/year and -421 Tn/year, respectively).

The company is also committed to reusing packaging, having introduced refills for its hand soup and Regen and Prevent face creams, resulting in a 90 Tn reduction in its use of virgin plastic.

Examples of how Mercadona is reducing the amount of plastic used in its packaging.

The company will invest more than 140 million euros in Strategy 6.25, a step forward in its commitment to continue taking care of the Planet

In the last two years, the company has worked very hard to complete the first two actions in the plan and fulfil its commitment to convert all of its stores to the Store 6.25 model in under a year, a process which has required an investment of €30 million.

To implement this Strategy 6.25, the company has changed numerous processes, which range from redesigning future packaging in conjunction with the suppliers, to adapting its stores, logistics and waste management process. It is an ambitious plan, which involves all of the company’s departments, and Mercadona plans to invest more than 140 million euros by 2025 to implement all of these initiatives.

Last year Mercadona transformed all of its stores to the new “Store 6.25” model, which provides the Bosses with information about recycling, new section bags, information pictograms on packaging to facilitate the correct separation of waste and new recycling bins in the sections, at the store entrances and in the Ready-to-Eat section. Furthermore, the waste management system has been improved for this new model and it has been expanded with the introduction of bins for depositing coffee capsules.

The company’s efforts to correctly manage all the waste generated in its stores is also commendable. Thanks to inverse logistics and its commercial packaging management model, Mercadona recycles plastic film, some of which is used to make reusable shopping bags, thus avoiding the use of more than 180,000 tonnes of single-use materials a year.

The reuse and recycling systems that are already in place within the company, its strategies for preventing food waste and redistributing surpluses and its Strategy 6.25 are all enabling Mercadona to recover more than 267,000 tonnes of recyclable materials each year. These materials are then converted back into raw materials in the production cycles, therefore allowing the company, in collaboration with the Bosses, to make efficient progress towards the Circular Economy.

The chain began work on its Strategy 6.25 in 2019, implicating all company employees in the challenge of Continuing to Take Care of the Planet and increasing the sustainability of various assembly line processes. The company has a task force responsible for coordinating all the action areas of the strategy made up of employees from the company’s different processes, including Stores, Purchasing, Prescription, IT, Logistics, Legal, Finance, External Relations and Construction.

Mercadona offers information on Strategy 6.25 in the “Let’s Take Care of the Planet” section of its website, where customers can also find content on recycling, sustainability and Mercadona’s commitment to the environment, also included in the company’s Environment Report.