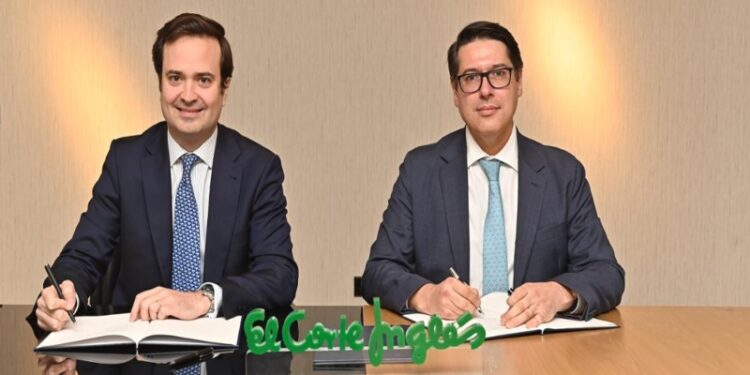 The European Investment Bank (EIB) and El Corte Inglés have signed financing of up to EUR 74 million. It will enable the Spanish company to boost its energy efficiency and digital transformation plan up to 2024.

El Corte Inglés’ energy efficiency plan includes improvements in refrigeration, lighting and air conditioning in its network of facilities and department stores. As well as in the management of its energy consumption. It also includes investments in decentralised and integrated renewable energy production at its logistics centre in Valdemoro (Madrid) for self-consumption purposes. These measures will be implemented throughout Spain, with more than half of the locations in regions considered cohesion regions by the EU. El Corte Inglés’ energy efficiency plan is expected to deliver up to 176 GWh of energy savings per year and generate around 12 GWh per year of renewable energy.

The EIB’s support for the Spanish company’s energy efficiency plan is aligned with the European Green Pact. REPowerEU’ plan and the EU’s ‘Objective 55’ package of measures. The ‘REPowerEU’ initiative, launched in May 2022 by the European Commission, aims to accelerate the ecological transition through the deployment of renewable energies. This will replace fossil fuels in households, industry and power generation, boosting further energy saving measures in the short, medium and long term. The initiative aims to raise the 2030 target for the share of renewable energy in the EU’s final energy consumption from 40% to 45%. In addition, the binding energy efficiency target should be increased from 9% to 13% as part of the ‘Target 55’ package.