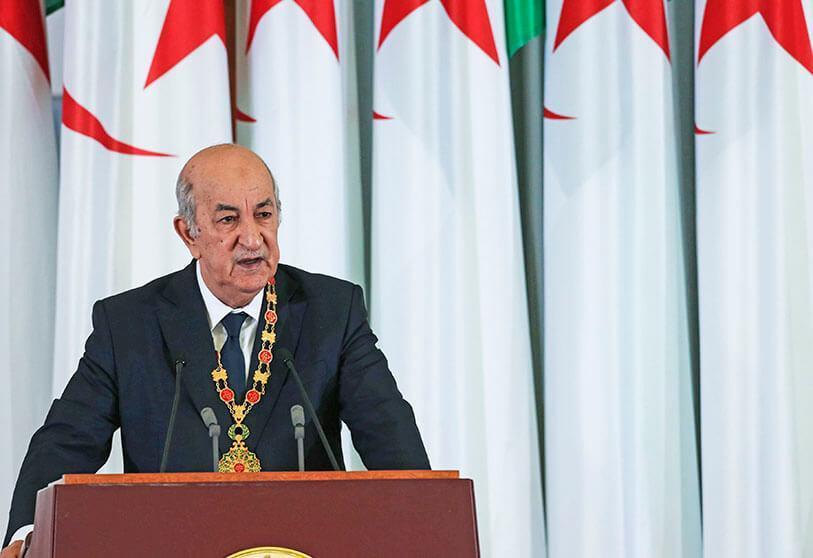 Tebboune raises his voice: “Blocking the economy is a crime”

Algeria relies heavily on the contribution of industry in the revival and diversification of its economy. But the efforts made face on the ground intentional obstacles which obey political calculations.

It was the President of the Republic, Abdelmadjid Tebboune, who hinted at this Saturday, December 4 at the opening of the national conference on the revival of the industry, which will continue until Monday.

Industry currently contributes only 5-6% to GDP and the goal is to increase this rate to a minimum of 10%, or even 15%, according to the head of state.

Once the institutional renewal has been completed, it is time for the economy. “In 2022, there will be only economy and there, we will see who walks with us and who puts the sticks in the wheels”, declared Tebboune in front of an audience made up of senior officials of the State, of manufacturers, local industry officials, walis and experts.

Returning to the stages crossed by Algerian industry, the President of the Republic first recalled the era of “excessive industrialization”, in particular heavy industries (steel, textiles, petrochemicals, etc.).

“Not much remains because of several financial, political and security crises,” he laments.

“After the return of opulence came the period of bogus industry, called in a cartoonish way the inflation of tires, the flight of capital abroad under different denominations, and assembly instead of manufacture”, he still regrets.

However, the current situation “is not inevitable” and can be rectified.

“Now that justice has ruled, we are working to build a genuine national industry on rational bases, an industry which serves the national interest and which will be a tributary of comprehensive and sustainable national development”, indicates Abdelmadjid Tebboune, who is convinced that Algeria can meet this challenge.

Abdelmadjid Tebboune then cites certain concrete actions that must be undertaken in this direction. The urgency, according to him, is to “remove the obstacles” for existing factories and especially those under construction.

The figures he reveals give an idea of ​​the extent of the damage caused to the Algerian industry by the sheer red tape and red tape. He claims to have instructed the government to release 402 projects by the end of the current month, while 57 have been completed within a short period of time. At ANDI level, 581 cases were pending, as of November 30, to benefit from the planned benefits, of which 356 cases should be released during this first week of December.

“You are losers in this game”

In November, the Prime Minister indicated that the projects awaiting the approval of the National Investment Council (CNI) number 2,500. The total amount of these investments is at least $ 90 billion, knowing that only projects of more than 5 billion dinars require the approval of the CNI which, as a reminder, has not met for two years.

“According to the report by the Minister of Industry, there are near-ready factories with the potential to create 75,000 jobs. Which developed country can create 75,000 jobs in such a short period of time? This means that we don’t want to employ people, we want to leave them in the forest. Pay attention (three times). Some would say that the president takes care of the details. Yes, the details interest me, because what concerns me is the ordinary citizen “, the Head of State loses his temper, who qualifies what is happening” unacceptable “,” a crime against the national economy ”and“ sign of great maturity ”.

“Sometimes everything is ready, except the one who gives the authorization for the start of production. Billions of dollars have been spent on factories so that in the end a bureaucrat will come and tell you get it, pay! Everything works with corruption, ”he denounces. “If you accept corruption, then you have not understood anything. You did not understand that Algeria has changed, “he adds.

For him, it is not for the authors of these blockages to establish the authority of the State, but “it is a clear obstacle to the economic recovery to create the maximum of problems and to get people out of the country. the street ”with therefore“ political ulterior motives ”. “You are the losers in this game,” he warns.