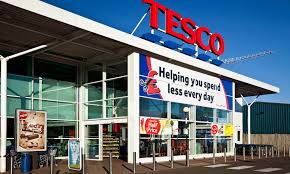 Tesco has today (Wednesday) been ordered to disclose information that will assist thousands of shop workers in their equal pay battle.

The Employment Appeal Tribunal upheld an earlier order by the Employment Tribunal made in September 2020 ordering the supermarket to start handing over information about its warehouse staff, including the activities they do  and how  much Tesco pay them to do it.

Law firm Leigh Day represents more than 3,700 store workers, most of whom are women, in the Equal Pay Now Campaign. They claim their work is of equal value to that of their colleagues working in distribution centres, most of whom are male, and so they should be paid the same.

In equal value claims the first step is for the claimants to find somebody they can compare their job to. Today’s decision by the Employment Appeal Tribunal means shop workers can now make an informed choice about which warehouse worker to compare themselves to.

The order requires Tesco to disclose information such as pay rates and job descriptions over a set period of time, with the first batch due within seven days.

The difference in hourly pay for a shop worker and those in a distribution centre can range between £1.50 to £3 an hour, which could mean a disparity in pay of many thousands of pounds.

Lara Kennedy, a solicitor in the employment team at Leigh Day, said:

“Equal pay is a fundamental right and, had Tesco been successful in its appeal, enforcing this right would have been significantly undermined. This would not just have impacted Tesco employees, but would also set a precedent for future equal pay claims.

“In September an employment judge ordered that shop workers be given access to information that is key to their equal pay claims, as is their right, and they are entitled to it without further delay.

“Today’s decision is a clear sign to Tesco that they cannot hide behind opaque pay structures in an effort to defeat equal pay claims.”

Veganuary: How to instil consumer confidence in plant-based products?