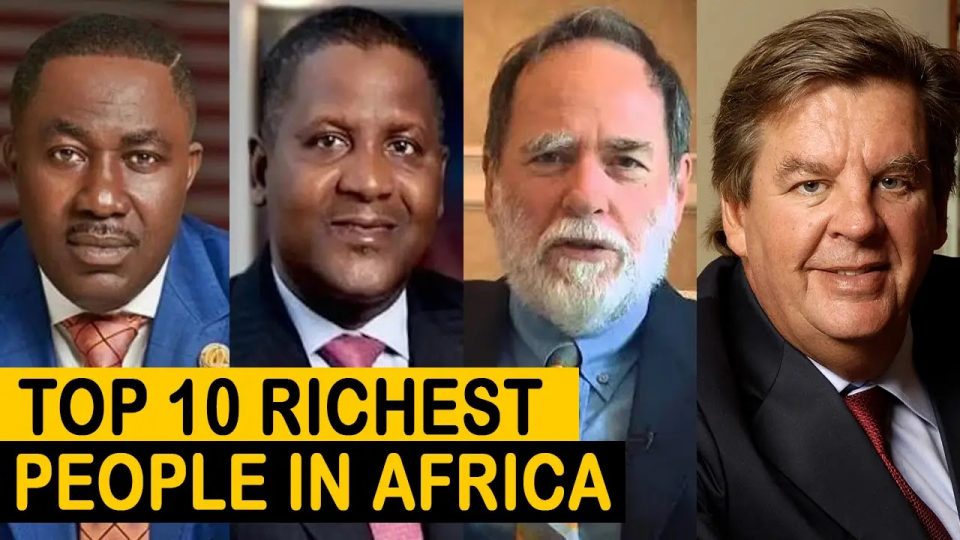 The global wealth of the 10 richest Africans at the end of the first six months of the year is estimated at about $79 billion, according to data used by the platform billionaires.africa. Aliko Dangote, Johan Rupert and Nicky Oppenheimer top the list.

With an estimated fortune of $20.4 billion at the end of June 2022, Nigeria’s Aliko Dangote (pictured) retains his place as Africa’s richest man. According to data used by the platform billionaires.africa, the wealth of the businessman has increased from $ 19.1 billion last January to $ 20.4 billion on June 30. The increase can be explained, according to the platform, by the business performance of his flagship publicly traded company Dangote Cement Plc.

South Africa’s Johan Rupert came in second place. His wealth fell by $2.76 billion to $9.14 billion at the end of the first half of 2022 (from $11.9 billion in January 2022). This is due to “the decline in the market value of his stake in Richemont, a group specializing in the luxury goods industry, as investors continue to dispose of their shares in luxury goods,” says billionaires.africa. The businessman holds shares in the Luxembourg-based investment vehicle Reinet Investments and in Remgro, a South African listed investment company.

The third wealthiest person in Africa at the end of the first half of 2022 is South Africa’s Nicky Oppenheimer. His wealth increased from $7.95 billion in January to $8.5 billion in June. This increase in the net worth of the ex-executive of the diamond mining company, DeBeers, is due to “his well-diversified investment portfolio in private equity firms, which he manages through London-based Stockdale Street and Johannesburg-based Tana Africa Capital.”

Businessman Nathan Kirsh, considered Eswatini’s first wealthy man, is in fourth place, with an estimated fortune of $7.6 billion. He owns the Kirsh Group conglomerate, which has a 75% stake in Jetro Holdings, a US consumer products company. In addition, Mr. Kirsh controls a 54% controlling interest in Abacus Property Group, a Sydney-based real estate investment trust, and has accumulated real estate assets in several regions of the world.

With an assessed fortune of $7 billion, Nigerian industrialist Abdul Samad Rabiu is in fifth place. Thanks to the listing of his food company on the Lagos stock exchange in January, his fortune has gradually increased from $5.4 billion at the beginning of the year to $7 billion at the end of the first six months of the year. Mr. Rabiu owns shares in BUA Cement.

Nassef Sawiris is the sixth most wealthy person on the African continent. The total value of his fortune increased by $350 million in the first half of 2022, from $6.5 billion in January to $6.85 billion at the end of June.

Another Nigerian, Mike Adenuga, who is founder of the Nigerian multinational telecommunications company Globacom Limited, comes in 7th place with a fortune of $6 billion. He is followed by Ethiopian, Mohamed Al Amoudi, owner of industrial assets in Sweden, Saudi Arabia and Ethiopia as well as assets in oil companies abroad. His fortune is estimated at $5.72 billion.

The richest football players in the world