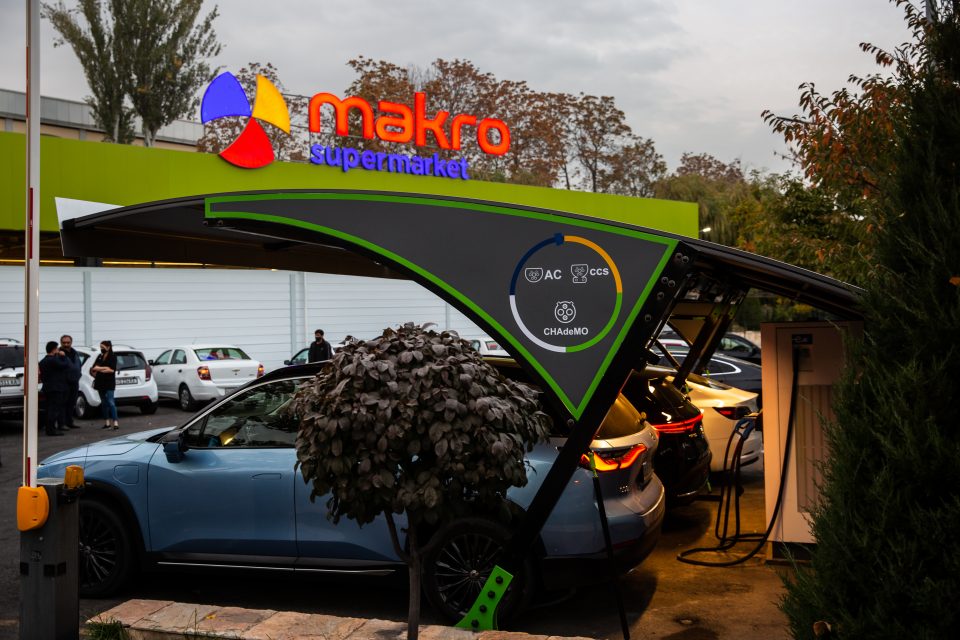 Tashkent, 15 February 2021 – Uzbekistan’s first charging network for electric vehicles will be built by supermarket chain Makro, following the success of a pilot at one of the company’s stores in Tashkent, the capital of Central Asia’s most populous country.

The new network will comprise of 30 charging stations located at Makro supermarkets in Tashkent and 10 other cities across the country. Makro, the largest supermarket chain in Uzbekistan, has agreed to purchase AC, CCS and CHAdeMO charging stations.

“We were proud to be the first retailer in the country to install an EV charging station, and the expansion of the network is the logical next step,” said Roman Sayfulin, chief executive at Makro. “We take our environmental commitments seriously and it is always exciting to share a new technology with our customers.”

Makro’s pilot charging station was installed in November 2020 at the company’s Ecopark branch in Tashkent. The Makro location is just one of a few in Uzbekistan listed on PLUGSHARE, an open source map of electrical vehicle charging stations. Makro customers can charge their vehicles for free, with an 80 percent charge achieved in 40 minutes.

This month, the Uzbek government announced a target to be carbon neutral by 2050—the latest step in a set of moves by the government to create a greener Uzbekistan.

A resolution passed by the Uzbek government in December of last year instructed Uzavtosanoat, the state-owned automaker, to prepare a strategy for the production of electric vehicles. The government has also introduced tax breaks for purchases of domestically made electric cars. Imported electric vehicles are currently tax-exempt.

South Korean automaker Hyundai is reportedly building a factory in the Uzbek city of Kokand that will produce electric vehicles.

Sayfulin is excited about the prospect. “Like many countries, Uzbekistan has struggled with air pollution. As a father, the introduction of electric vehicle technology makes me optimistic that my kids will grow up with cleaner air.”

Sayfulin also expects the local production of electric vans and trucks will enable companies like his to convert their fleets to zero emissions alternatives.