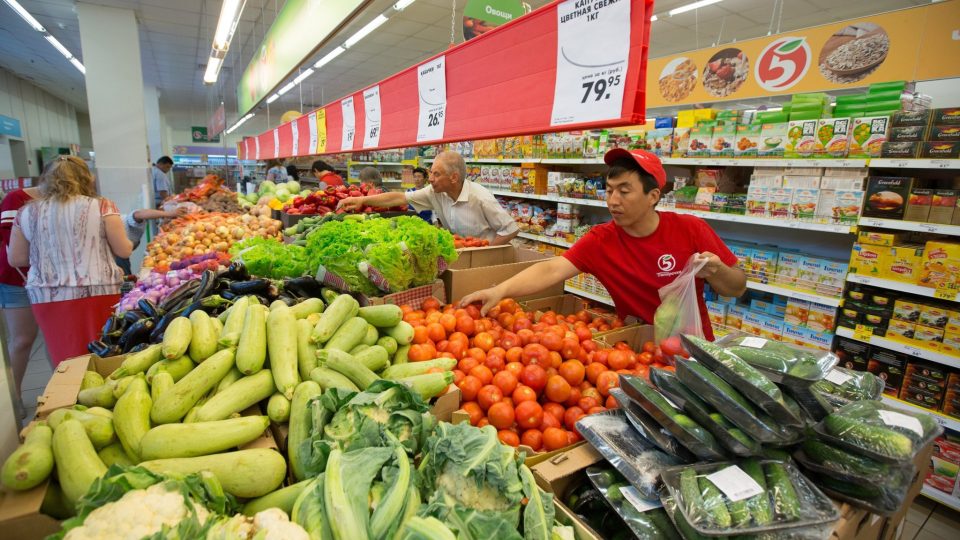 X5 Retail Group, a leading Russian food retailer, announces it has expanded its footprint in the Southern and Ural Federal Districts, with the opening of the first Perekrestok store in the Khanty-Mansiisk autonomous region, as well as the first Pyaterochka in the Astrakhan region.

The first two Pyaterochka stores in Astrakhan opened this month, at 39 Vorobyova St., and 12 Sverdlova St. With selling space of 350 and 417 sq m, the stores are fully in line with the new Pyaterochka concept launched in October 2013. To date, the Company has renovated over 5,000 stores (around 75% of the total).

The new stores offer 4,000 SKUs, with a large share of fresh products (fruits, vegetables, meat, fish, and dairy), including locally produced goods that are marked with a special “Buy Astrakhan” label. Going forward, Astrakhan’s Pyaterochka stores aim to purchase one-third of its selection from local suppliers, who will also benefit from the partnership by gaining the opportunity to sell their products to neighbouring regions.

At present, X5 operates over 500 stores in the south of Russia (the Rostov, Volgograd, Stavropol, Krasnodar regions, as well as the republic of Karachayevo-Cherkessia, Adygeya and Dagestan), with another 30 stores due to be opened in Astrakhan by the end of 2016.

X5 continues its expansion in the Urals. Recently, the Company opened the first Perekrestok supermarket at 8 Yunosti St., in the city of Surgut in the the Khanty-Mansiisk autonomous region. The store has 775 sq m of selling space and offers 8,000 SKUs, with over half of the bread, dairy and meat selection coming from Surgut and Tyumen suppliers. These products are marked as “made in Surgut”. In addition, the store plans to develop its cooperation with local fish suppliers by growing their share in its product offering.

The new store helped create about 50 new jobs. With another four Perekrestok supermarkets planned to open in Surgut by July, the region will gain 250 more jobs. Perekrestok has already opened two new stores this year in Yekaterinburg. Together with the one in Surgut, X5 Retail Group now operates 18 Perekrestok stores in the Urals, employing about 900 people. This year, Perekrestok will continue its advance into the Urals, strengthening its foothold in Yekaterinburg, Chelyabinsk, Tyumen and Magnitogorsk.

DIA launches its most traditional horchata