because modern brewers use imported New World varieties that offer a fruitier flavour.

But now a Derbyshire craft beer brewer, a Worcestershire hop grower, and Tesco, want to reverse the decline by re-popularising British hops through a series of beer launches.

The first in the series, Brithop, made by Buxton Brewery, launches exclusively at Tesco this week and on the label, the beer is described as “an all British-grown IPA, showcasing some of the most exciting and aromatic new hops to be developed by British hop growers”.

The shift towards fruitier tasting New World hops from America, Australia and New Zealand began around 20 years ago with the birth of the craft beer movement and brewers who wanted their beers to taste boldly different.

Rather than copy traditional British beer styles such as best bitters and milds, they created new beers based on popular types from all over the world.

These include West Coast and New England IPAs which have taken over from the traditional British beers because of their new vibrant, fruity, flavours appealing to a younger audience.

“There’s a bitter irony here because IPAs, made with New World hops, which are helping fuel the craft beer boom, were originally created in Britain with British hops 200 years ago.

“Now, thanks to the exciting development of new, fruitier tasting British hop varieties, we believe it won’t be long before our homegrown varieties are back in vogue again.

“We hope that the launch of this refreshing and modern tasting new British hopped ale could help kickstart that revival.”

British hops are renowned the world over for their delicate, spicy, earthy flavours that make traditional bitters and milds so distinctive and unique.

But in order to create a new and modern taste, UK craft beer brewers have packed their beers with fruitier tasting New World hops.

And that has led to a decline in UK hop production as these figures from the International Hop Growers Convention can reveal:

Worcestershire hop growers Charles Faram, based in Newland, who have provided the hops for Brithop, have been on a 10 year mission to modernise the flavour of British hops through natural cross-breeding programmes, bringing them more in line with New World varieties.

“We have to move with the times in terms of current beer tastes but this shouldn’t be at the expense of the great and historic British hop industry.

“British hops used in the UK travel fewer miles from farm to brewery so have a lower carbon footprint than most imported hops.

“By choosing British Hops we support the local economy; everyone from the farmer to those who work on the farms, to those who service the tractors and the picking machines.”

“As brewers who believe in great tasting, fresh, locally brewed British beers we feel that using locally grown ingredients is a key part of the process.

“We feel that these new modern British hop varieties could be the very beginning of more UK brewers using more locally grown varieties and we would very much like to be pioneers by using them in a range of modern craft IPAs.” 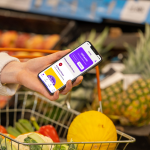 Sainsbury’s gets personal with launch of tailored My Nectar Prices 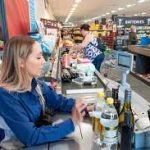 Huge increase in online sales across Italy offers hope for struggling retailers in the UK and Ireland, says Kooomo