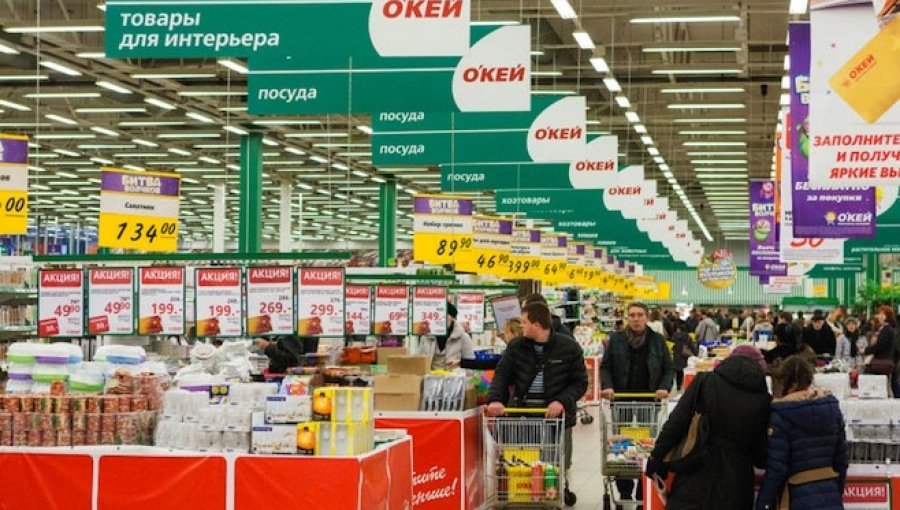 · Aldi and ASDA led the way in latest lockdown in attracting more new grocery shoppers in-store.
· Amongst ‘most-often’ Aldi in-store shoppers in December 2020, 25% were new to the store.
· Uptake of online grocery shopping has been fastest among the 65+ age group
· Large-format bricks & mortar stores most affected by fallout from COVID-19
· 37% of online shoppers now source at least 75% of their groceries digitally (up from 31% in the first lockdown).

The ongoing battle for available online shopping slots during successive lockdowns has seen shoppers being unable to remain loyal to their supermarket of choice, new research from shopper insights agency, Shoppercentric has shown.

During the most recent lockdown Aldi and ASDA have led the way in attracting more new grocery shoppers in-store and online than other leading supermarkets, according to new research from shopper insights specialist Shoppercentric.

When asked which grocery retailer they had used for the first time ever during the latest lockdown, 7% said Aldi, 6% said ASDA and 5% said Tesco, in its main supermarket, Tesco Metro and Tesco Express formats. Only 4% of those surveyed said Lidl or Sainsbury’s/Sainsbury’s Local whilst only 2% said Morrison’s. Whilst the figures for Tesco and Sainsbury’s may be understandably lower due to the sheer number of people who had previously visited one of their stores, the data shows Aldi being the most successful of the others in attracting shoppers looking for money saving deals.

The research, featured in the company’s StockTake 2021 Report, has shown that all of the retail multiples have experienced their shopper base becoming more mobile, with new shoppers coming and leaving again. For example:

Aldi was also the most successful retailer in terms of attracting new shoppers into their stores. Amongst ‘most-often’ Aldi bricks & mortar shoppers in December 2020, 25% were new to Aldi physical stores, but a further 14% were new to a different online retailer other than Aldi.

In terms of ’most often’ shoppers at other retailers’ bricks & mortar stores:

· 18% were new to Lidl physical stores but a further 17% were new to a different online retailer other than Lidl.

“Retailers will need to keep a keen eye on where this nets out – or proactively choose to steer it,” says Jamie Rayner, Managing Director of Shoppercentric. “From a retailer’s perspective this represents an opportunity to win over a large influx in new shoppers as well as a risk of permanently losing loyal shoppers by doing nothing.”

So, who has been the ‘biggest loser’ ? Despite final quarter positive trading results for the multiples, Shoppercentric data shows that large-format bricks and mortar stores have been most affected by the fallout from COVID-19. This is despite being the traditional go-to channel for main shop missions, which have gained significantly in importance overall.

However, research shows that online shopping is now fulfilling many of these main shops, whilst many shoppers have rediscovered local independents and convenience formats for their top-up needs. Discounters like Aldi and Lidl, with smaller ranges, narrower aisles and consequent perceived difficulties with social distancing, have struggled to fulfil more fearful shoppers’ needs to do a complete shop in one store.

“This aside,” continues Rayner, “we predict that once social normality returns and we find ourselves taking the full financial hit of the pandemic, discounters will likely bounce back and that the large-format bricks and mortar stores will continue to struggle for footfall.”

It has been widely reported that the pandemic has fast-tracked the uptake of online grocery shopping, with 7 in 10 shoppers now buying some groceries online each month. From a stable five-year base of 11% pre-Covid, the proportion of shoppers saying they most often go online to buy groceries shot up to 17% during the first lockdown and has remained there ever since. The proportion of grocery spend going online is still growing; 37% of online shoppers now source at least 75% of their groceries digitally (up from 31% in the first lockdown).

In terms of the move to online grocery shopping, contrary to the ‘traditional’ belief that digital growth is greatest amongst the young, uptake of online grocery shopping this time has been fastest among the 65+ age group, which more than doubled during the course of 2020. Online ‘Lockdown Newbies’ have been won over by the convenience of clicking and receiving shopping without leaving their homes; 90% of them intend continuing with online shopping to one degree or another post the pandemic.

“In one category we studied, almost 4 in 10 Lockdown Newbies were over 65. This older generation of online shoppers have not necessarily found the move online easy, as the online user experience can be confusing. But retailers who take the opportunity to cater for the needs of this new online generation may earn themselves a loyalty windfall as the COVID-19 dust starts to settle,” adds Rayner.

CARREFOUR AND DELIVEROO SIGN A PARTNERSHIP DEAL FOR FRANCE AND INTERNATIONALLY

Beyond organic: companies’ responsible initiatives IN the spotlight at natexpo 2021

FLOOR SIGNALS HAVE IT TAPED IN THE FIGHT AGAINST CORONAVIRUS