• ‘Outlook inequality’ is holding many back. Young people from lower income families have less optimism, less career ambition and feel less equipped to compete in the job market

• Tesco commits to help over 45,000 young people jumpstart their career and build employability skills in partnership with The Prince’s Trust

The research, which canvassed the opinions of over one thousand young people aged 16-25 up and down the country, found that while 60% feel optimistic for the future, a significant number feel increasingly pessimistic. In fact, overall, young people are less optimistic now than after the great recession of 2008/09. Half say they have lowered their ambitions since the pandemic, and this rises sharply among those from lower income families who reported lower levels of optimism and career expectation and felt less equipped to compete in the job market.

• One third of young people (30%) said they expect to ‘end up in a dead-end job’ and that ‘people like me don’t succeed’, rising to 43% amongst those from lower income families.

• Two-fifths of young people (44%) said they thought few or none of their life goals were achievable, again rising sharply to 61% among those from less affluent backgrounds.

• One third of young people (34%) do not feel equipped to compete in the job market, rising to more than half (52%) among those from less affluent backgrounds.

• Young people from lower income families were twice as likely to not feel optimistic about the future (33%) and that they were discouraged by setbacks (47%).

The research highlights the stark impact ‘outlook inequality’ is having on the prospects of our young people today. Young people from lower income households were more likely to be put off applying for jobs, training, or education opportunities they wanted to go for. Many said they didn’t think they’d be good enough or had held back because they didn’t think they’d fit in and hadn’t seen people ‘like them’ do those things.

Against this backdrop of sizeable outlook inequality, Tesco has committed to helping over 45,000 young people build employability skills and jumpstart their careers in the next year, whatever their background. Tesco will provide a range of potential opportunities to these young people through:

• Thousands of permanent roles for young people across the Tesco business

• Pre-employment and outreach in partnership with The Careers Enterprise Company, Speakers for Schools and IGD

To bolster Tesco’s ambition to support young people into meaningful careers, it is today extending its partnership with leading youth charity The Prince’s Trust f or a further five years with the ambition to reach 200,000 young people most in need. Tesco and The Trust will provide confidence building and skills development programmes in hundreds of schools across the UK, including resources to support mental health and wellbeing.

Natasha Adams, Tesco’s Chief People Officer said: “Inequalities in society are having a big impact on the outlook and chances of young people. At the same time, a whole generation is grappling with the disruption that COVID-19 has caused to jobs and education. We must not allow a two-tier system to emerge where some are equipped with the confidence to get on and others are left behind. Businesses like ours need young, diverse talent. We are committed to creating opportunities for all and want young people to see that everyone’s welcome at Tesco, whoever you are and whatever your background.”

Jonathan Townsend, UK Chief Executive, The Prince’s Trust said: “We are enormously proud to be working with Tesco over the next five years to reach more young people and support them into the world of work. Young people’s employment prospects and aspirations have been hit hard by the pandemic and for those from disadvantaged backgrounds, it is harder still. This generation of young people have faced a disrupted education and now look to enter a volatile jobs market, so we need to make sure the odds don’t stay stacked against them. More than ever, it’s crucial that we work with partners like Tesco to support young people to upskill, train and access job opportunities; long term commitments such as these mean we can make a real difference to the lives of young people across the UK.” 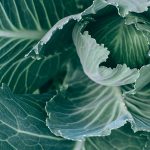 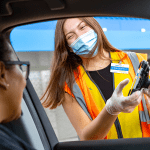 An update from our Chief Executive, Simon Roberts on keeping our customers and colleagues safe