Rietberg, 28 October 2021. Rietberg, 26 October 2021. The Frostkrone
Food Group presented itself at the digital platform Anuga@home from 11
and 13 October and showcased its newest finger food and snack
products. The spotlight was on the Ready-to-eat range, the new snack
assortment for the chilled food sector. The Beetroot Tots in this
series convinced the expert jury to such an extent that they were
chosen as one of the TOP 10 innovations at this year’s Anuga. Once
again, the Frostkrone Food Group was able to claim one of the most
prestigious awards of the internationally highly regarded trade fair
after 2019.

Visitors had the opportunity of getting in touch with the Frostkrone
Food Group team at their digital trade fair stand and receiving extra
information and indeed tailor-made advice and support every day during
the fair. Digital information on the product innovations was also at
one’s fingertips at any time. Besides text and image material, videos
were also available. These can now be viewed on YouTube. A detailed
presentation of the Ready-to-eat range with extensive first-hand
information on development, production and the appropriate target
group approach, including consumption occasions, can be seen at:
https://www.youtube.com/channel/UC0TUZuZZI9IS-7EYpMKH1Xg

Alongside the Ready-to-eat range, the Frostkrone Food Group also
unveiled the new varieties of its “Crunchy Homies” brand, including
“Crunchy Brie Triangles”, “Emmental Sticks”: and ” Crunchy Tomato and
Mozzarella Balls “. Thanks to new technology and the special crispy
coating, all products come out of the oven super crispy.

The Pizza Pockets have also had an addition to their range and are now
to be found in further varieties, such as “Chicken Red Thai”, “Feta
Tomato Basil” and “Salami Jalapeno”. The mouth-watering Pizza Pockets,
which are also on sale at the Signal Iduna Park during BVB home games,
are not only available for preparation in the microwave, but also as a
version for the oven or convection oven.

The new Ready-to-eat range is the practical, ready-to-eat snack
variety from the chilled cabinets. Featuring a wide and tasty range of
different variants, from vegan and vegetarian to products with chicken
meat and various falafel options, it offers consumers plenty of
exciting choices and diversity. Each individual coating, created out
of delicious spices, seeds and grains, is amazing. Thanks to the
special manufacturing process, the products can be eaten immediately
without having to be heated up beforehand.
Although they can be enjoyed either hot or cold, heating in the oven
is also possible. They are also provided frozen for the food service.

ABOUT THE FROSTKRONE FOOD GROUP

The Frostkrone Food Group – with its headquarters located in the town
of Rietberg, in the federal German state of North Rhine-Westphalia –
stands out in sharp relief because of its incredibly wide variety of
finger food and snacks. The Group markets its products in the food
retail trade and also in the food service industry. The many-faceted
range of products is available worldwide in a great deal of countries
including those in Scandinavia, the Netherlands, France, Spain,
Portugal, Great Britain, Switzerland, in the eastern European
countries, Asia and in the USA.

The Frostkrone Food Group boasts several cutting-edge production
facilities in Germany, France, Great Britain and in the USA. Since its
founding in 1997, the company has established itself as an innovative
trendsetter in the deep-frozen, convenience food segment.

In addition to the frostkrone Tiefkühlkost GmbH and the Bornholter
Käsevertriebs- und Produktionsgesellschaft GmbH, since 2018 Piz’wich
Europe SAS and Varenne Gastronomie SAS have also been part of the
Frostkrone Food Group. In 2019 the US-American business Rite Stuff
Foods Inc. swelled the ranks when they joined the Group. Since
February 2020 Innovate Foods Ltd and since April 2021 Abergavenny Fine
Food Ltd, both from Great Britain, have also belonged to the corporate
group. 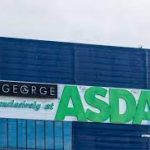