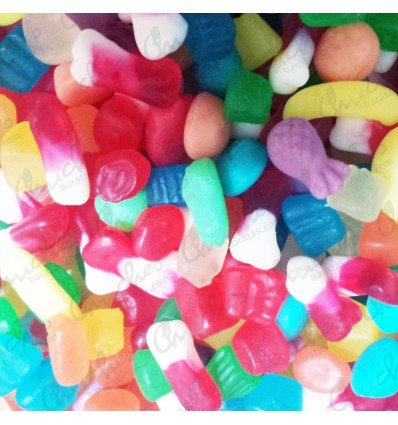 Which UK region spends the most on sweet treats?

·      Northern Ireland is the UK’s most sugar-obsessed region, with households spending more of their weekly grocery budget on sweets than any other area

·      Scotland, the North-East and the West Midlands are the UK’s second biggest sugar lovers, while London and Yorkshire on the Humber spend the lowest amount on sweet treats

Northern Ireland has the biggest sweet tooth in the entire UK, new research can reveal.

Out of all UK regions, residents of Northern Ireland devote the biggest proportion of their food shop to sweet treats – spending 23 percent more than London and Yorkshire on the Humber, the areas which spend the least on sugary food and drink.

The study, conducted by commercial kitchen experts Maxima Kitchen Equipment, used new ONS data on household spending between 2018 and 2020, to discover the areas which spend the most on sweet food and drink, as well as meat, fruit and vegetables, and alcohol.

Scotland, the North-East and the West Midlands are the UK’s second most sweet-obsessed regions, spending 15% more than London and Yorkshire on sweet drinks, chocolate, ice-cream and other confectionary.

Northern Ireland takes the cake as the UK’s biggest sugar lover, and it is also the region which spends the most of its shopping budget on meat in the whole of the UK.

Households in Northern Ireland spend 25% more on meat than households in London and Yorkshire, which spend the least on meat overall.

London is also king of the carbs, spending more of its food budget (10%) on items such as bread, pasta and rice than any other UK area.

Scotland is the biggest spender when it comes to alcohol and tobacco, with residents devoting over a fifth of their weekly food budget to the products – a full 50% more than London, the region which buys the least alcohol and cigarettes.

A spokesperson for Maxima Kitchen Equipment, which conducted the research, said: “It’s fascinating to see the regional variances in grocery shopping habits across the country. While residents in Northern Ireland are still clearly meat-lovers, it looks like Londoners are moving away from meat to plant-based options which might indicate increases in vegetarian, vegan, or flexitarian diets.”

The analysis was conducted by Maxima Kitchen Equipment which has more than 40 years of experience in the supply and maintenance of professional kitchen equipment.