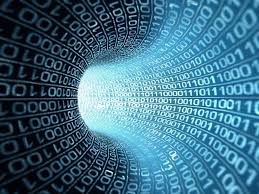 2021 will undoubtedly bring a new set of organisational challenges but for now business leaders are taking solace in the fact that, as vaccine rollouts begin to gather pace, there is light at the end of the tunnel, from the past 12 months of turmoil. In doing so, operational planning is increasingly moving out of short-term survival-mode to long-term progression.

To facilitate this, data, and critically leveraging the value which can be abstracted from it, will be key. In light of this, Oxylabs has outlined how organisations will look to leverage data for the year ahead.

Firstly, Tomas Montvilas, Chief Commercial Officer at Oxylabs, believes more companies will begin to adopt a data driven strategy for the year ahead. “Organisational success in 2021 will depend on a businesses’ ability to make better and faster data-driven decisions, determined by the quantity and quality of available data. Alternative data, which is data gathered from online public sources, will continue to grow in popularity as a means of ensuring all-encompassing intelligence.

“This increased reliance on alternative data will give organisations a faster and more efficient way to gather information. This will provide a number of benefits for businesses including being able to effectively monitor a competitors pricing, tracking customer behaviour, accurately measuring market trends and understanding what products competitors are bringing to market. To achieve this, engineering teams will have to build their own web monitoring infrastructure or outsource data gathering and monitoring infrastructures.”

Another consideration for the year ahead comes from Gediminas Rickevicius, Director of Strategic Partnerships at Oxylabs, discussing the importance of an organisation being able to harness ever-increasing volume of public data: “With no indication of this surge slowing down, there will be a greater need for dedicated storage systems, which will lead to the adoption of virtual data warehousing. Storing collected data within a data warehouse will be a critical procedure but it will also be just as important for companies to interpret the collected data so they can generate insights to help shape and grow business policies.”

In addition to the increased reliance on data warehousing, Rickevicius says we can also expect to see investments for artificial intelligence and machine learning based technologies,  skyrocket, over the next 12 months. “Considering the rising popularity of big data analytics software among multiple prominent organisations, we can expect to see an increased surge in AI-based solutions, which will create numerous opportunities for businesses. Companies that have already invested in smart data pipelines during the pandemic will be the big winners compared to those that chose to cut costs.”

While 2021 will see a growth in the reliance of data, Denas Grybauskas, Legal Counsel at Oxylabs, believes this year will also bring long awaited attitude changes towards web scraping.  “The responsible sourcing of residential IPs is becoming a common requirement, shifting people’s perception of web scraping. This standard is expected to hold for web data gathering to power retail, e-commerce, finance, brand monitoring, ad verification, and cybersecurity.”

While opinions around web scraping will begin to change, the next year will also be a critical year from a legal standpoint. Grybauskas continues, “Everyone has eyes on a Supreme Court case brought forward by Van Buren. It tackles the Computer Fraud and Abuse Act (CFAA), which outlines legal boundaries of unauthorised information access. If passed, data driven professions could lose access to information from the public part of the internet. But even if the Supreme Court decides that CFAA is the right law to apply in such circumstances, the facts of the case should have little do with web scraping activities directly.

“Instead, for a more accurate view of the web scraping legal landscape, the hiQ Labs v. LinkedIn case should be followed closely. It will be interesting to hear the Supreme Court’s position on whether monopolies can invoke “unauthorised access” grounds to something that is actually publicly accessible and available to anyone. While it is unlikely that the Supreme Court will hear two CFAA cases in the same year, it would definitely make 2021 even more interesting for the big data industry!”

Grybauskas concludes saying, “With data driven strategies increasingly coming to the fore, and a need to invest further in the solutions that will make data extraction even stronger, it will be those organisations that recognise the importance of data, which will come out strongest in the year ahead.”