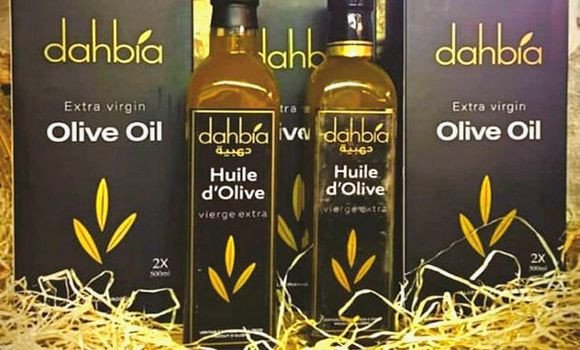 Algeria’s Hakim Alileche, won the first prize, among more than 360 participants in this competition, coming from different countries, including Spain, Greece, Italy and Tunisia, which are the world’s leading producers of olive oil.

The judges from all over the world

The winners are offered the opportunity to market their product on the websites of the competition organizers but also on a network of luxury boutiques around the world.

In a statement to APS, the producer, originally from Tizi Ouzou and whose orchards are located in the Benhar region of Ain Ouessara, said he kept his farm exclusively organically. In fact, he has submitted his product for certification to a global body based in Germany.

The olive grower of Ain Oussara has an orchard of 40 hectares with 15,000 olive trees of which 9,000 are in production with drip irrigation.

In 2020, the orchard produced 20,000 liters for a year that the farmer considers “difficult” in terms of yield.

Mr. Alileche explained that to obtain his oil, the olives are crushed the same day they are picked in the orchard thanks to a mill acquired from Tuscany in Italy.

The picking is done by hand, requiring a seasonal workforce of about sixty people “even if the workforce is scarce”.

“The same day crushing helps the olives not to oxidize. Peroxide levels are around 3% while the international olive growing organization for extra virgin oil limits it to a maximum of 20%. This distinction makes it possible to show once again that the Algerian product has nothing to envy to the products of other Mediterranean olive oil producing countries “, estimates Mr. Alileche.

However, the olive grower regrets the persistence of red tape in several aspects of his agricultural activity.

In addition, the problem of acquiring glass bottles for olive oil remains, he says, problematic “insofar as producers of glass bottles are rare in Algeria, sometimes forcing us to turn to their services. import from Tunisia ”.

Regarding its ambition to export, the producer claims to have received interest from customers in France, Russia, the Sultanate of Oman but also Canada, Japan, and the United States for next season.

The olive harvest for the production of early harvest “extra virgin” oil takes place in October.

“Through our production, we are targeting a luxury market. In the premium market, the liter can be sold at 120 euros. Concerning us, we market our oil to distributors for 7 to 8 euros / liter which sells it to more than 20 euros / liter in Europe ”, he underlines.