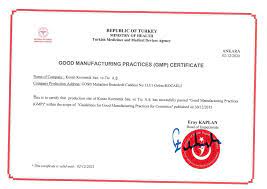 Commenting on the number of export health certificates increasing to more than 288,000 and the UK needing to re-join some EU regimes, Mark Lynch, Partner at corporate finance house, Oghma Partners,said: “The number of export health certificates, or EHCs, needed to send food to the EU after Brexit has increased from 29,000 in 2020 to more than 288,000 in 2021 according to official government figures. These certificates are needed to be able to export to the EU and require vets to sign them off. Unfortunately the new immigration rules appear to have significantly reduced EU veterinary applicants – as a result there is a general squeeze on vets availability to care for UK livestock and certify food as safe for export. Once again this issue highlights the enormous pain, reduced exports for British Farming and challenge the industry faces going forward. Minette Batters speech at the NFU conference yesterday highlighted the impact of post Brexit immigration rules on abattoir staffing. Ms Batters flagged that 40,000 pigs have been culled and a further 200,000 are under threat of culling due to government’s post Brexit policies. Not only is this situation a total waste of all manner of resources, it surely is an appalling situation for a country that is rightly proud of its animal welfare record. It is predictable, as it is only logical, that the UK will be forced to re-join some EU regimes in due course, it is only a matter of when.”