Luxury conglomerate LVMH is among the key beneficiaries of investor optimism. According to the research data analyzed and published by Finaria, the group’s market value stood at €264.55 billion as of February 26, 2021.

Trading at around €531, its shares had surged 40.64% over the previous year and by 9.94% over the past three months. Its new market value placed it ahead of Nestle, whose market capitalization at the time was CHF 267.57 billion (€242 billion).

LVMH, which is the largest luxury group globally, is therefore the highest valued company on the European stock exchange. Between April 2020 and mid-February 2021, the group’s stock rose by an impressive 65.4% according to HH Journal.

LVMH owns a total of 75 primary brands across five business divisions. The largest of these is fashion and leather goods, which accounted for 46% of the company revenue from Q1 to Q3 2020. Selective retailing accounted for a 24% share, perfumes and cosmetics got a 12% share, wines and spirits at 11% and watches and jewelry had a 7% share.https://e.infogram.com/16d9faa4-b081-4304-a665-f42a5e878fee?parent_url=https%3A%2F%2Fwww.finaria.it%2Fpr%2Flvmh-market-cap-soars-to-e265-billion-tops-nestle-as-highest-valued-company-on-europe-stock-market%2F&src=embed#async_embed

During the first nine months of 2020, all five segments posted steep declines, selective retailing taking the lead with a 31% drop. Watches and jewelry were second with a 30% decline while perfumes and cosmetics came in third, falling by 25%. Wines and spirits sank by 15% while fashion and leather took an 11% hit.

During Q3 2020, however, fashion and leather posted a 12% uptick, while wines and spirits only dipped by 3%.

Fashion and Leather Goods Division Accounted for 86.5% of LVMH 2020 Profit

The group ended the year on a high note with robust performance in the three-month period which ended on December 31, 2020.Leggi pureBig Three US Auto Manufacturers Q3 Profits Surpass $9B Amid 9% Sales Slump

During the fourth quarter, LVMH group sales totaled €14.3 billion, marking a decline of only 3%. Under the fashion and leather goods segment, there was an 18% spike in revenue to €7.3 billion during the quarter.

Asia contributed significantly to the Q4 2020 uptick as the group’s revenue from the region (excluding Japan) increased by 21%. By comparison, Europe posted a 24% revenue decline during the period.

Courtesy of the pandemic though, LVMH’s overall performance took a hit as was the case with most other luxury goods retailers. The company’s full-year revenue amounted to €44.65 billion, marking a 16% YoY decline. Net profit fell by 34% to €4.7 billion while earnings before tax and interest declined by 28%. Results were to a great extent buoyed up by Louis Vuitton and Dior, which are among its most popular brands.https://e.infogram.com/6aefeb3c-8fb3-4cb6-b3bc-93cd10bc3311?parent_url=https%3A%2F%2Fwww.finaria.it%2Fpr%2Flvmh-market-cap-soars-to-e265-billion-tops-nestle-as-highest-valued-company-on-europe-stock-market%2F&src=embed#async_embed

For the full year, the fashion and leather goods division posted an overall decline of just 3% in organic revenue. Considering that its sales for the first half of the year were down by 24%, that was a remarkable feat. All in all, the category accounted for 86.5% of the luxury conglomerate’s profits for the year 2020.

Selective retailing took the biggest hit during the year, posting an organic revenue decline of 30% for the year. Watches and jewelry fell by 23%, perfumes and cosmetics by 22% and wines and spirits by 14%.

Among the bright spots during the year was the $15.8 billion acquisition of US jeweler Tiffany, a deal that LVMH closed in December 2020. The acquisition, which began in November 2019, suffered some glitches during the pandemic period.Leggi pureChina’s Social Commerce Sales to Soar by 36% to $363 Billion in 2021, Ten Times the US Figure

Initially, LVMH had committed to buying the brand at $16 billion, equivalent to $135 per share. But later, it tried to bargain for a lower price. After Tiffany sued LVMH, the two settled for a price of $131.50 per share or a $425 million discount.

In November 2020, during its last earnings report, Tiffany showed signs of recovery. It crossed the $1 billion threshold in sales, a decline of only 1%. With the pandemic behind it and Tiffany onboard, LVMH is expected to post an increase of 18% in revenue and 67% in earnings in 2021.

LVMH is not the only luxury big name enjoying an uptrend in share prices caused by investor optimism. Investors are seemingly drawn to the European luxury sector as a whole, thanks to the promise of robust performance in 2021. The sector is, in fact, currently considered as the European equivalent to US tech stocks.

Between April 2020 and February 10, 2021, Richemont’s share price soared by 74%. Similarly, Swatch Group stock posted 45% gains while Hermes and Kering SA grew by 54.7% and 22.1%, respectively. In comparison, the Swiss Market Index (SMI) gained a relatively smaller 17.8% during the same period. 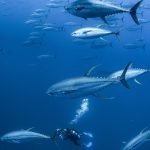 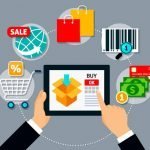