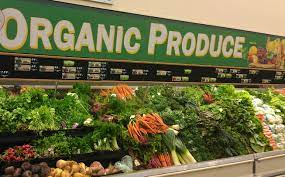 The Minister of Agriculture, Marc Fesneau, announced on Tuesday additional financial resources for the Organic Agency, responsible for the development, promotion and structuring of French organic farming, a sector suffering from inflation and facing a decline in demand.
“This sector, like others, is going through a crisis and there is no question of letting it down and abandoning the goal of 18% of French farmland in organic in 2027,” said the minister to AFP, on the occasion of the Assises of organic agriculture and food.

In front of the actors of the sector, he announced the payment in 2023 of 5 million additional euros to the Fund Avenir Bio, whose “criteria will evolve to be able to finance more projects”, and a participation of the State up to 750,000 euros to the Agence Bio for the deployment of a new communication campaign.

The additional resources allocated to the Organic Agency are intended to engage by the end of the year studies to have “a clearer understanding of the crisis, including the reasons for the decline in demand”, and to reflect on the scenarios of organic consumption by 2040, said Fesneau.

“The increase in demand for organic is also through public orders. Today, we are at 6% of orders in organic catering. We have work to do on this with local authorities,” especially to increase the share of organic food in canteens, said Fesneau.

With the 5 million euros announced by the minister, the Fonds Avenir Bio, managed by the Agence Bio and intended to help producers invest and develop their production, will be endowed with a total of 13 million euros, to which will be added “2 million euros left over from the recovery plan.

These additional funds should allow for reflection on the structuring of the sectors, such as the organic pork sector, which is currently undergoing a particularly acute crisis in demand.

The Agence Bio was pleased with the reinforcement of its means, while emphasizing the magnitude of the task. “Let’s be proud of how far we’ve come, but let’s recognize that there is still a long way to go to sustainably transform the French agricultural and agri-food model. The organic is in the middle of the ford,” said its president Loïc Guines, in a statement.

10.3% of the agricultural area is organic

For his part, the president of the National Federation of Organic Agriculture (Fnab), Philippe Camburet, regretted that the minister has announced “no direct aid for producers.

“All this money, which will be useful to communicate on the sector, will not help farmers in distress. This is the first time we are faced with such a crisis and it is the first time we ask for direct aid, as is the case for other sectors,” he told AFP, referring in particular to the massive support of the state to the conventional pork industry, structurally in deficit.

After ten years of double-digit growth, the organic market is hit hard by inflation, as consumers fall back on cheaper alternative products.

According to consumer data analysis specialist IRI, organic sales will decline for the second year in a row. By the end of October 2022, the year-on-year decline in sales is nearly 5%.