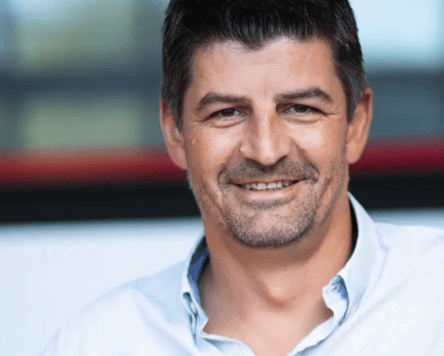 Engineering graduate Romain Roy is helping to bring organic products to the masses with Greenweez.

The e-commerce website that he launched in 2008 which now stocks more than 15,000 products for delivery anywhere in France.
Greenweez? Greenweez is one of the first results that you get when you enter “bio” (organic) into a search engine. And yet Greenweez.com – France’s leading organic e-commerce store – is only around 10 years old. A success story that began back in 2008 in Annecy (Haute-Savoie) when thirty-something-year-old electrical engineering graduate Romain Roy with a postgraduate diploma in solid-state physics – a bit of an eco-warrior at heart – decided to get involved in organic e-commerce.

Not yet familiar with Greenweez?

Grocery products, fresh produce, beauty and health care products, products for the home, products for outdoors… Visit www.greenweez.com and discover one of the market’s most extensive range of organic products!

From telecoms to organic e-commerce

“Before Greenweez, most of my work had been in telecoms”, he says. I saw France’s first e-commerce sites – like Nomad and Multimania – explode onto the scene at the end of the 1990s. When I sold my start-up in 2007, organic food was finally starting to become popular and I created Greenweez when I was 35, alongside Carl de Miranda, an old school friend. The idea was to use the Internet to bring environmentally-friendly products – that were only accessible to the metropolitan elite back then – to within everyone’s reach at attractive prices”.

An offering which is expanding, driven by customer demand

Initially, Greenweez only sold around 3000 products, and for logistical reasons first and foremost, these did not include food products. “For example, we sold LED light bulbs, flow limiters for the shower and solar panels”, says Romain Roy. It was our customers who asked us to include organic food on the site, because they couldn’t find what they wanted easily or not close enough to where they lived. That’s why the site’s DNA is not sanctimonious and does not set out to make people feel guilty in relation to organic food: everything we sell is a response to requests from our consumers!”

In 2011, we were selling nearly 25,000 products online and Greenweez’s activity exploded with the inclusion of food, which now accounts for nearly 85% of turnover.  “One of the factors behind our success is that we target all organic segments”, explains Romain Roy. In addition to food, we stock maintenance products, healthcare products and products for the home, the garden, etc.”. Greenweez’s product range has evolved over time to keep pace with consumers’ new requirements. Gluten-free and vegan sections have emerged.

The latest major trend, says Romain Roy, is about zero-waste: “As well as buying local and getting plastic-free packaging, more and more of our customers want reusable products or products that are sold loose – and that goes for cosmetics as well”. If he wants to take the market’s pulse, Romain Roy can also have a look in his inbox – his personal email address is on the website.

France’s no.1 e-commerce site for organic and environmentally-friendly products, Greenweez is now setting its sights on the European market. The Annecy start-up now has nearly 150 employees following the acquisition over the last two years of Spain’s and Portugal’s leading organic e-commerce site Planeta Huerto and its Italian equivalent Sorgente Natura. An investment that will encourage the sharing of expertise and suppliers beyond country borders. Another milestone for the global food transition along the path towards all-organic.

Greenweez became part of the Carrefour Group family in 2016. “It’s a good example of a well thought-out marriage between a start-up and a major group”, says Romain Roy. We went from a purely financial investor before 2016 to Carrefour, France’s organic food retailer, a stakeholder which shares our aim of enabling everybody to eat better, healthier food. The sites and specialist stores complement other distribution channels – they can also be used to test new trends and innovative products before they are launched more widely”.