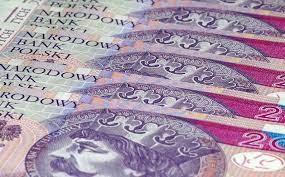 As a reminder, from January 2023, the ALDI chain has introduced pay rises for all positions in the sales area, distribution centres and administration.

Also, more than 60,000 employees of the Biedronka chain in shops and distribution centres received a salary higher by an amount of approximately PLN 500 to PLN 700 from 1 January 2023. Biedronka will allocate almost PLN 600 million a year for increases for employees in basic positions.

Increased salaries are also awaiting employees of distribution centres of the Biedronka chain. A warehouseman with the least seniority will be able to count on PLN 4300 – 4600, and an administrative and warehouse inspector on PLN 4950 – 5250.

From the new year, shop employees will earn between PLN 4200 gross and PLN 5150 gross at the start of employment. After one year of employment, the employer guarantees an increase in pay to – PLN 4400 gross to PLN 5350 gross, and after two years of seniority from PLN 4600 gross to PLN 5600 gross. The level of remuneration is defined each time in the employment contract.

Walmart is selling its technology !