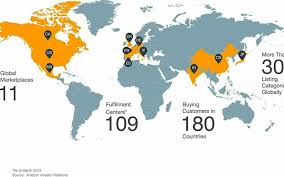 Despite economic uncertainty, Amazon Prime Day 2020 was a massive success, reaching unprecedented levels. According to the research data analyzed and published by ComprarAcciones.com, Prime Day’s global sales amounted to $10.4 billion.

Compared to Prime Day 2019 when total sales were $7.16 billion, there was an increase of more than 45%. Since its launch in 2015, the event has seen incremental sales every year.

Due to the global pandemic, this year’s event was moved from July to mid-October. Prior to D-day, eMarketer had predicted that total sales would amount to $9.91 billion. The US market alone was projected to generate $6.17 billion. According to the eMarketer report, the demand would be strong, but supply chains and inventory forecasting were unpredictable.

During the two-day event, the eCommerce giant is estimated to have sold more than 260 million items. That marked an increase of 47% from 2019’s unit sales which totaled 175 million. Savings for Amazon Prime members around the globe surpassed $1.4 billion.

For small and medium-sized businesses (SMBs), it was the biggest Prime Day yet, as they sold goods worth over $3.5 billion. SMB sales alone accounted for a third of all sales on the platform. In comparison to 2019, these independent sellers posted an increase of 60% in sales.

For first-party sales, which are items listed by Amazon, Echo Dot was the most popular item. Among the top-selling categories for third-party sellers were Arts, Crafts & Sewing, Bedding, Healthcare, Nutrition & Wellness and Wireless Accessories.

During the two-week build-up to the event, SMBs reported over $900 million in sales under the Spend $10, Get $10 promotion.

Meanwhile, based on a report from Edison Trends, Amazon’s market share of online spending during the first 30 hours of the event was 91.6%. On the other hand, Walmart had a 3.4% share while Best Buy got 3.0%.

Amazon’s market share was slightly lower than during a similar period a year prior when it had a 93.4% share. Seeing as the event took place only a month and a half before Black Friday and Cyber Monday, it was the unofficial flag-off for the holiday shopping season.

According to analysts polled by FactSet, the mega sales reported during the event plus the holiday rush could drive Amazon’s Q4 2020 revenue to over $100 billion for the first time.

It is also much higher than the 18% increase that eMarketer had predicted in Q2 2020 in view of the extent of the economic crisis. The increase would see eCommerce in the US accounting for 14.4% of all retail spending. By 2024, its share will increase to 19.2%.

Notably, online commerce growth will be strong enough to offset the 3.2% decline expected in physical retail spending in 2020. Though brick-and-mortar spending will drop to $4.7 trillion, US retail sales will remain flat.

Another noteworthy development will be the expansion of the market shares of the top 10 eCommerce retailers in the US. While they accounted for 57.9% of all online sales in 2019, their share will grow to 63.2% in 2020.

Amazon will be in the lead with 39% of all eCommerce retail sales while Walmart will replace eBay in second place, with 5.8%. eBay will be third with 4.9%, Apple will be fourth with 3.5% and The Home Depot will be fifth with 2.1%.

In terms of total eCommerce sales, Best Buy will post the biggest growth at 105.5% and Target will be second with 103.5%. Both retailers will more than double their sales YoY courtesy of the popularity of their curbside pickup model. 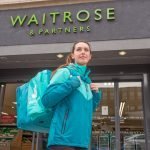