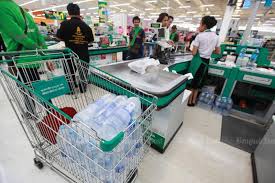 Following the announcement on 9 March 2020 that Tesco had agreed to sell its businesses in Thailand and Malaysia to C.P. Retail Development Company Limited (CPRD) and further to the announcement on 6 November, Tesco is pleased to confirm that CP Group has now reviewed and is satisfied with the formal notice of approval from the OTCC in Thailand.

This, combined with the approval received from the Ministry of Domestic Trade and Consumer Affairs in Malaysia on 10 November, means there are no further conditions outstanding and the disposal is expected to complete on or around 18 December.

“I would like to thank all our colleagues in Asia for their hard work and dedication to our customers over many years. They have built a very strong business. I’m confident that the agreement with CP Group will ensure that they are well setup for continued success. This sale allows us to focus on our businesses across Europe and to continue delivering for customers, make a significant contribution to our pension deficit and return value to shareholders.”

As previously announced, Tesco intends to return c.£5 billion of the net proceeds to shareholders via a special dividend, together with a share consolidation, and will also make a significant pension contribution of £2.5 billion to the Tesco PLC Pension Scheme shortly following completion. The special dividend is expected to be paid on or around 26 February 2021, conditional on obtaining shareholder approval at a general meeting which is expected to be held on or around 11 February 2021 (the “General Meeting”).