Brits have made this Veganuary the biggest ever with demand for plant-based foods up by more than a third on the previous year’s event, Tesco can reveal.

And despite the temptations for Brits to abandon ‘Dry January’ this year because of lockdown, the supermarket also saw a sharp rise in demand for many low and no alcohol products versus 2020.

In total demand for plant-based foods soared by more than 35 per cent this month on last Veganuary.

Among the most popular plant-based goods being bought at Tesco stores across the UK in January were:

“The last year has seen some truly ground-breaking and tempting new plant-based foods come on the market which have encouraged more people to go vegan, whether full time or as part of the Meat-Free Monday campaign.

“At the beginning of this month we launched our first plant-based bakery lines and the recent extensions made to our chilled, frozen and dairy vegan ranges have been the reason why we’re seeing such strong demand.

“We’re very proud of the No Turkey Crown which we launched before Christmas and which was the first ever plant-based turkey launched in the UK.

“We also launched the UK’s first ever officially vegan jam doughnut which has been one of our star products this month. Within the next few years there won’t be many foods that do not have a plant-based equivalent.”

Meanwhile during Dry January this month demand for low and no alcohol spirits rocketed by more than 50 per cent while sales of low and no wines soared by 40 per cent.

Among the most popular products were:

“This year we’ve seen a significant increase in sales of Low and No Alcohol wine and spirits in particular, and we’ve diversified our range through branded innovation.

“Within spirits we have expanded the range with new and exciting products such as Stryyk Not R*M, which is a great alcohol free alternative for rum based drinks.

“Our absolute star performer this January was the newly launched gin alternative, Gordon’s Alcohol Free 0.0%, which exceeded all sales’ expectations”. 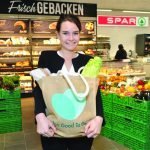 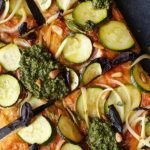 Spain extend the lockdown till 11 April

Product sampling is alive and well – and driven by local shops