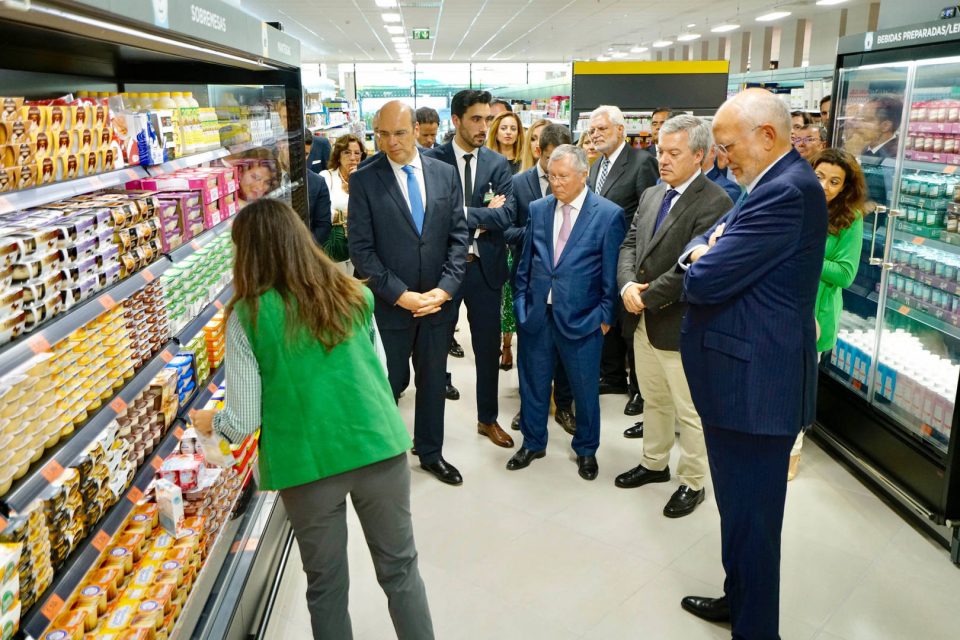 Mercadona implements a 5-day work week for its supermarket employees

Its goal is to continue to improve its work-life balance measures, an area in which Mercadona already leads the way, and this new initiative has been trialled in 31 of its stores.

Mercadona has signed an agreement with the Comité Intercentros de Empresa (the Company Intercentres Committee), which is formed by the Unión General de Trabajadores (UGT) (General Workers’ Union) and the Comisiones Obreras (CCOO) (Workers’ Commissions) in order to implement a 5/2 work week in all of its supermarkets as of the 3rd of August, 2020.

This work week strengthens Mercadona’s commitment to providing stable, quality employment. It also consolidates the company’s commitment to implementing pioneering work-life balance measures; a commitment that dates back to over 25 years ago when it made the decision to make its entire workforce permanent members of staff. Mercadona is committed to providing stable and quality employment and it continues to do so, year after year, thanks to the collaboration of its employees and the union representatives.

Thanks to this new measure, which is now being implemented after having been trialled in 31 of the company’s supermarkets, store employees will work 5 days a week before enjoying 2 days off. This new work week also represents a pioneering initiative in the sector, as all of the employees at Mercadona supermarkets will be able to enjoy 8 long weekends a year (Saturday, Sunday and Monday).

Mercadona’s innovative labour and social measure, which is going to be implemented in all of its supermarkets, is the result of the company’s ongoing commitment to creating value for its staff. This measure has been introduced thanks to fluid dialogue between Mercadona and the unions in the Observatory, which has allowed for proposals to be studied and implemented.

Ana Micó, Secretary of the FeSMC-UGT (the Regional Federation for Mobility and Consumption Services-General Workers’ Union) Commercial Sector Union, emphasised that “the General Workers’ Union welcomes the agreement that we are signing today, which will substantially change working conditions, and which from the outset has proved to be a benchmark for the commercial sector and specifically for the supermarket sector. We are seeing UGT’s commitment to Mercadona’s employees materialise through the negotiation of this collective agreement. This agreement was made possible thanks to the work of the Observatory that was created to coordinate the participation of all of the parties, who, for the past year and a half have been working on this agreement, which will make it possible for Mercadona’s employees to enjoy 2 days off each week as well as 8 long weekends each year, which will include Saturday, Sunday and Monday. Thanks to the intense and exhaustive field work performed by Mercadona’s UGT(General Workers’ Union) delegates, we have been able to address the needs of its employees in a rigorous and reasoned way”.

Ángeles Rodríguez, the State Commercial Manager for the Federación de Servicios de CCOO (Federation of Workers Commissions’ Services)has also welcomed this initiative, which she considers to be a milestone for the supermarket sector in Spain. “Mercadona’s staff will be the first in the sector to be able to enjoy three days off in a row: Saturday, Sunday and Monday. The Collective Agreement Observatory has also been analysing other ways of organising the work day. As a result of this agreement, Mercadona’s staff will enjoy a 5-day work week with 2 days off, and likewise they will be guaranteed 8 weekends off a year. For the CCOO (Workers’ Commissions), this agreement is an example of what can be achieved through forward-looking negotiation, and likewise it shows that it is possible for measures that ensure a better work-life balance to be introduced in the commercial sector”.

According to Ruth García, Mercadona’s Director of Labour Relations, , “today is a very special day for Mercadona because the 5/2 work week represents a very important step to further improving our working conditions, as we have been committed to doing for more than 25 years. Mercadona has implemented many initiatives over this time, which range from its commitment to providing stable, quality employment, while at the same time fostering values of equality, to its decision to share 25% of its profits with its employees. It has also introduced favourable work-life balance measures, as well as raising the minimum salary to 50% more than the official wage for employees who have been with Mercadona for more than 4 years, which is currently the case for 90% of our staff. We are convinced that we are on the right track to further improvements. We are also sure that none of these measures would have been possible today if it wasn’t for our Total Quality Model and the contributions that have been made by both our workers and their union representatives. Without a doubt, the people who make Mercadona are the ones who allow us to keep moving forward, ensuring that we remain at the forefront and that we continue to be a pioneer for labour and social aspects”.